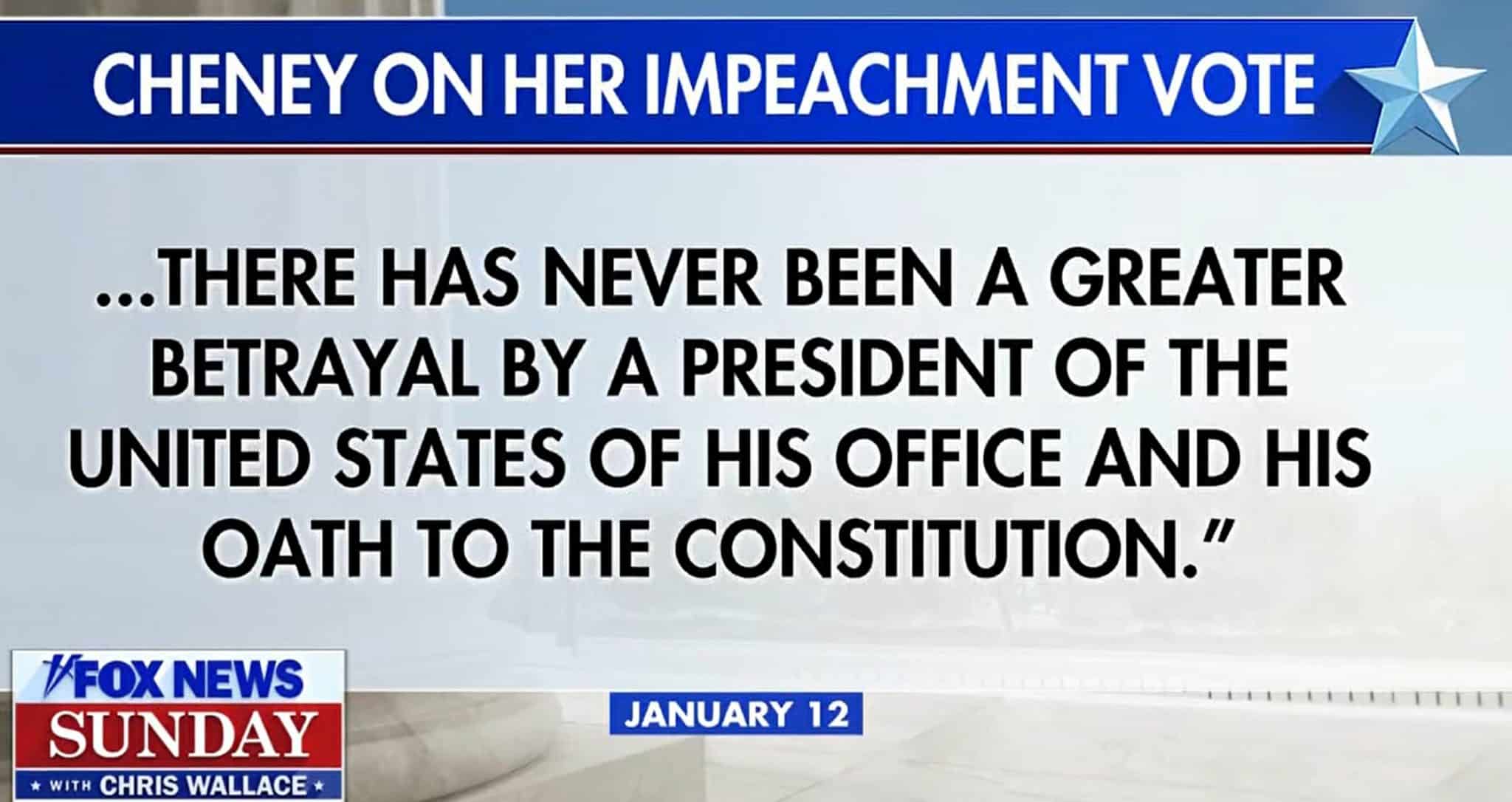 Guardian: Leading Republican Liz Cheney has suggested that Donald Trump could be criminally investigated for his role in provoking the siege on the US Capitol last month.

Speaking on Fox News yesterday, the third most senior Republican in the House of Representatives referenced the “massive criminal investigation” under way in the US, saying it would look at “everyone who was involved” and that “people will want to know what the president was doing”.

Her comments come as the Senate prepares to begin Trump’s historic second impeachment trial, with arguments set to commence on Tuesday. The former president is accused of inciting the Capitol insurrection, which left five people dead, the building looted and smashed, and Senators cowering behind furniture. And from MSN:

In extraordinary remarks on Fox News Sunday, Cheney made specific reference to the “massive criminal investigation” on the Capitol insurrection that is now sweeping the country. She said that the probe would cover “every aspect” of the events of 6 January and look at “everyone who was involved”.