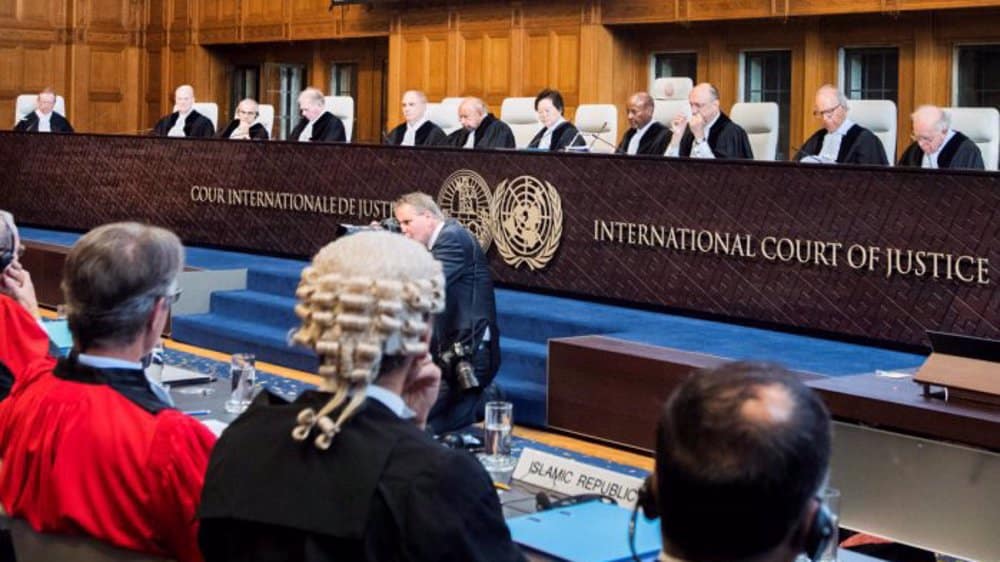 [ Editor’s Note: Iran, the US alleged ‘terrorism sponsor’ of the Mideast is pursuing sanction litigation at the International Court of Justice (ICJ), something we have never seen a party deemed to aiding and abetting in terrorism before.

On the other hand, the US, who is not a member, has a published record of availing itself of proxy terrorism forces under the create cover of that being part of its ‘anti-terrorism’ efforts. VT is still having great difficulty seeing the logic, much less the veracity of that position.

As I have mentioned here endlessly, the former PM and FM of Qatar gave up the ghost on the Charley Rose show when he annouced that with it participation in the US Coalition against Syria, $160 billion had been spent attempting to Balkanize Syria, a modern neo-colonialism ploy.

He further added “…and we made mistakes in some of the groups we supported.” He was of course referring to terrorist ISIS and various jihadi factions. And no, when this Charely Rose show aired it did not initiate a special investigation of US sponored terrorism in the Mideast.