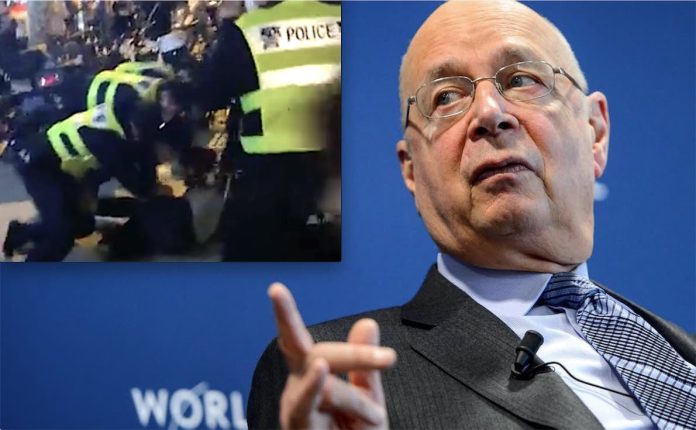 For one of those curious coincidences of fate, which a Christian could define as a sign of the Apocalypse understood in its original etymological meaning of “revelation”, a week after the declarations with which the president of the World Economic Forum Klaus Schwab defined China as a “social model” for the planet, the great slant-eyed nation finds itself at the center of one of the greatest popular uprisings in its recent history.

The head of the WEF is a theorist of the Great Reset like Charles III King of England but, above all, like Bill Gates, financier of the WEF and world emperor of vaccines, who, thanks to the recent pandemic triggered by a laboratory-built SARS-Cov-2 virus, it is pushing humanity towards such an extreme digital control planned, with the excuse of health protection, as to induce Schwab to hypothesize the forced implantation of a microchip even in children.

In recent days, the Declaration of the G20 Leaders in Bali has in fact signed the commitment of all the nations participating in the meeting to promote Green Pass forever and to increase therapies with dangerous messenger RNA gene serums.

His praise for the People’s Republic of China was torn apart by the contradictions between an alleged order sanctioned by the “social credit” which rewards citizens most faithful to the rules of the Communist Party of China, and between the oppression of the most basic freedoms in blatant violation of human rights, it was expressed during the APEC Economic Leaders’ Meeting and the APEC CEO Summit which took place on 19, November in Bangkok.