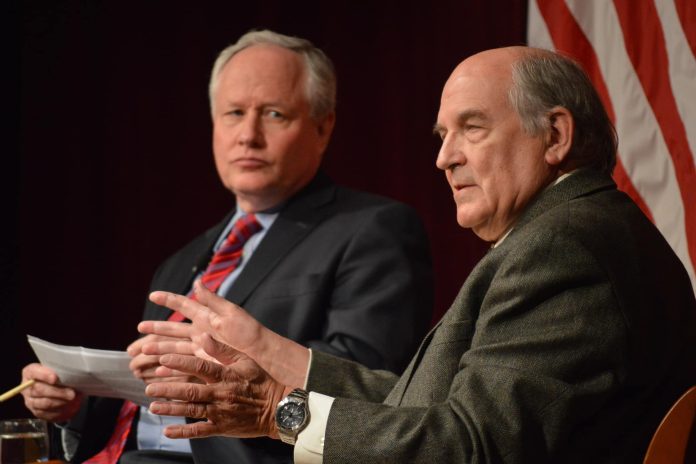 We have argued in the past that white nationalists are trapped within the incoherent structures of an ideology of their own making. We are seeing the same incoherent ideology in the writings of people like Charles Murray. In his book Coming Apart: The State of White America, Murray laments about how white America is falling apart,[1] but Murray is sitting in a Neocon institution, The American Enterprise Institute (AEI), the very think tank that promotes perpetual wars in the Middle East and capitalism virtually everywhere.

If the white “lower class is less industrious, less likely to marry and raise children in a two-parent household, and more politically and socially disengaged,”[2] as Murray argues, then why is that? Can they raise children when they don’t have the wherewithal when Neocon institutes like the AEI are asking the United States to spend trillions of dollars in the Middle East and elsewhere and not in creating an economic environment where people can raise families? And why would the lower class be engaged in politics when the politicians relentlessly lie to them?

Who are those people, Murray? Could those people be part of the industrial complex as well, the very people who are making billions of dollars from perpetual wars in the Middle East and elsewhere?[4] Why couldn’t Murray talk about the 360,000 veterans who had brain injuries or PTSD after the debacle in Iraq?[5]

Retired career officer in the Armor Branch of the United States Army and military historian Andrew J. Bacevich writes in Breach of Trust: How Americans Failed Their Soldiers and Their Country:

Apart from a handful of deluded neoconservatives, no one believes that the United States accomplished its objectives in Iraq, unless the main objective was to commit mayhem, apply a tourniquet to staunch the bleeding, and then declare the patient stable while hastily leaving the scene of the crime…The fighting in Afghanistan and Iraq has exacted a huge price from the U.S. military—especially the army and the Marines. More than 6,700 soldiers have been killed so far in those two conflicts, and over fifty thousand have been wounded in action, about 22 percent with traumatic brain injuries.