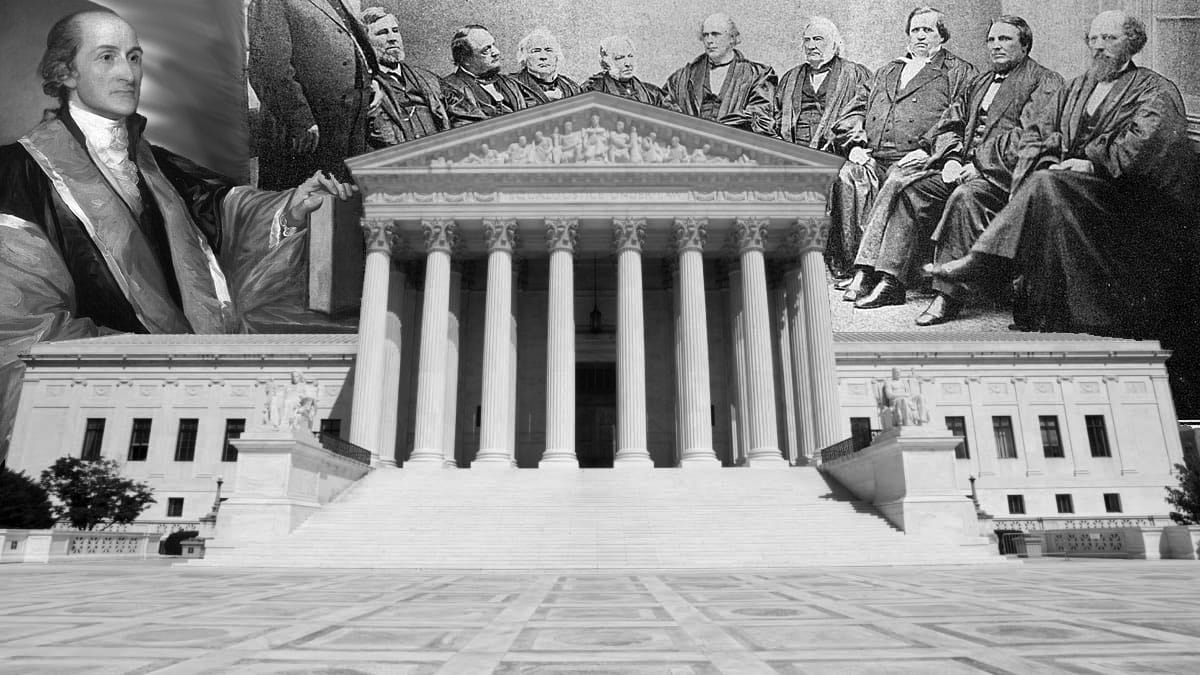 The Judiciary Act of 1789 is passed by Congress and signed by President George Washington, establishing the Supreme Court of the United States as a tribunal made up of six justices who were to serve on the court until death or retirement.

That day, President Washington nominated John Jay to preside as chief justice, and John Rutledge, William Cushing, John Blair, Robert Harrison, and James Wilson to be associate justices. On September 26, all six appointments were confirmed by the U.S. Senate.

READ MORE: Why Do 9 Justices Serve on the Supreme Court?

John Jay, The First Chief Justice of the Supreme Court

John Jay was a man of great achievement. During his lifetime he was a Founding Father, Signer of the Treaty of Paris, Second Governor of New York, and First Chief Justice of the United States.