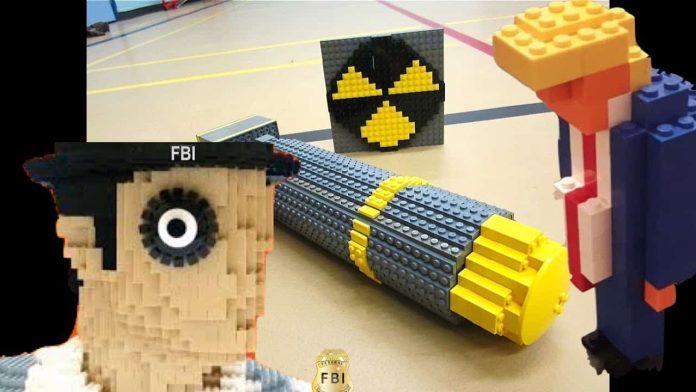 In the wake of its raid on Mar-a-Lago, the FBI has charged former president Donald Trump with stealing nuclear secrets in order to build a LEGO H-bomb in his basement.

“Trump absconded from the White House with one of America’s most closely guarded nuclear weapons secrets—namely, how to build a thousand-megaton H-bomb using simple LEGO bricks available at any Toys R Us,” explained FBI director Christopher Wray.

Wray said that the agents who raided Trump’s home found the LEGO nuke instructions in Trump’s safe. “Imagine if this simple step-by-step recipe for building unimaginably destructive weapons out of cheap plastic toy bricks had fallen into the wrong hands,” Wray explained. “What if Putin had gotten hold of them? We might be facing a ‘LEGO gap’ that could undermine the security of the free world.”

Wray said the FBI discovered a half-finished LEGO project in the basement of Mar-a-Lago that, if completed and detonated, could have annihilated most of southwestern Florida.