Home History On This Day In History, The First enslaved Africans arrived in Jamestown,... 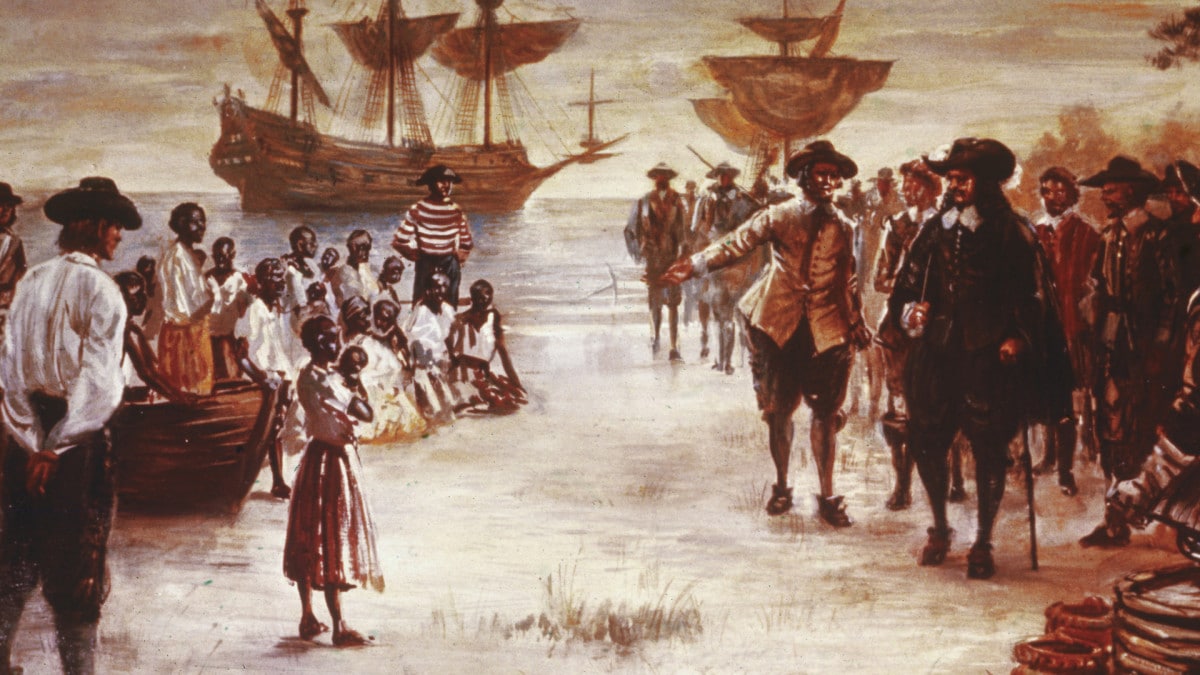 On August 20, 1619, “20 and odd” Angolans, kidnapped by the Portuguese, arrive in the British colony of Virginia and are then bought by English colonists. The arrival of enslaved Africans in the New World marks the beginning of two and a half centuries of slavery in North America.

Founded at Jamestown in 1607, the Virginia Colony was home to about 700 people by 1619. The first enslaved Africans to arrive in Virginia disembarked at Point Comfort, in what is today known as Fort Monroe. Most of their names, as well as the exact number who remained at Point Comfort, have been lost to history, but much is known about their journey.

They were originally kidnapped by Portuguese colonial forces, who sent captured members of the native Kongo and Ndongo kingdoms on a forced march to the port of Luanda, the capital of modern-day Angola. From there, they were ordered on the ship San Juan Bautista, which set sail for Veracruz in the colony of New Spain.

As was quite common, about 150 of the 350 captives aboard the ship died during the crossing. Then, as it approached its destination, the ship was attacked by two privateer ships, the White Lion and the Treasurer.

Crews from the two ships kidnapped up to 60 of the Bautista’s enslaved people. It was the White Lion that docked at Virginia Colony’s Point Comfort and traded some of the prisoners for food on August 20, 1619.