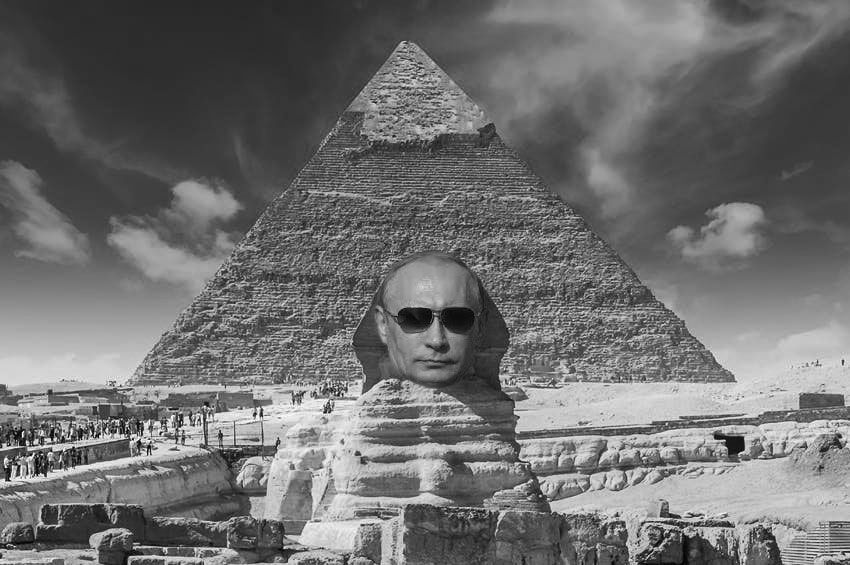 While the US and NATO seem committed to advancing a NATO threat toward Russia’s western border, Russia seems to be responding by increasing relations with older trading parties in Egypt, the focus of Kulikov’s article today.

Russia assisted in the building of the Aswan High Dam in the 1960s, designed by the Moscow-based Hydroproject Institute. When the US had backed out of the project, the Soviets were quick to move in.

Today we find a multi-lateral Egypt with long-time relations with not only Russia and the US but even the Israelis. While China is investing in long-term trade networks, Russia is also planting economic seeds far from its border, with the Russian industrial zone.

The November 2021 update in Russian media tells us:

In 2018 Russia and Egypt signed an intergovernmental agreement on the creation of a special zone in the east of Port Said with a simplified tax regime for Russian resident enterprises. The full implementation of the project is expected to take 13 years.

It is planned that resident companies will be able to start producing products as early as 2022. They will receive rental holidays, preferential tariffs for energy resources, a special preferential tax regime, and a ready-made site.

So, we start the New Year with US military involvement in Syria scrutinized to determine to whose benefit has that disastrous encounter been, other than for enriching military contractors.

Western citizens have to ask their governments why all they talk about expanding relations but seeming to not mind them forever wars problem, where we see the UN has been able to do nothing to control it. We pray for new thinking in 2022, and for positive results for long suffering people trapped in these cruel wars