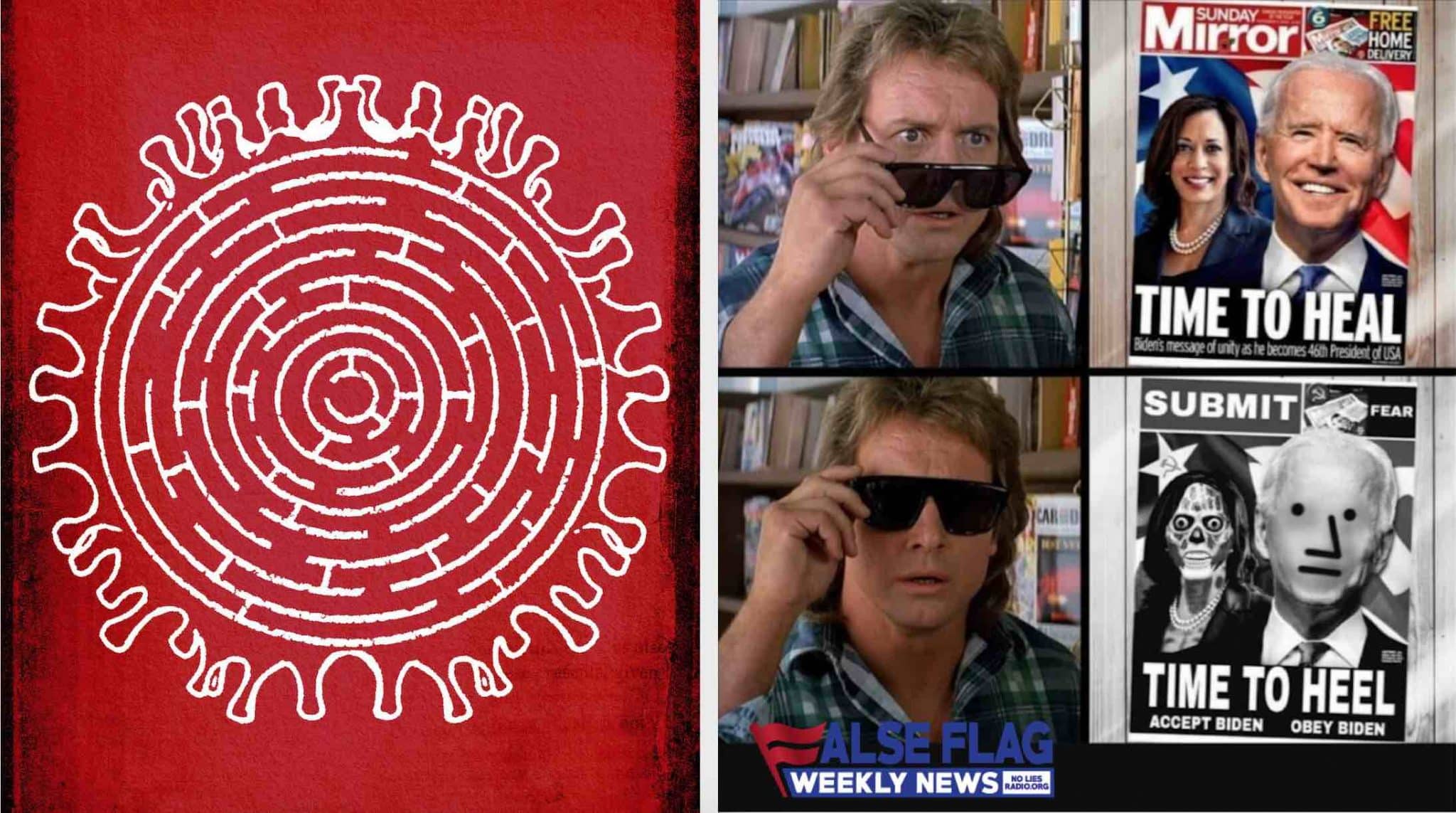 Watch False Flag Weekly News above, click HERE for links to the stories we covered

One thing I learned from this week’s show: E. Michael Jones hasn’t yet watched the allegedly anti-Semitic conspiracy classic sci-fi horror flick They Live. I told him to hurry up and watch it. Jones is something of an expert on post-1970s horror films. He’s also an expert on “anti-Semitism.” If anyone is qualified to elucidate the debate on John Carpenter’s hilariously disturbing 1988 opus, it’s E. Michael Jones. We would all see a lot just by watching E. Michael Jones watching They Live.

In Carpenter’s film, evil aliens are using the media to impose a false reality—and mask their own nefarious presence among us. Does that ring any bells? Last week the New York Times said the Capitol “insurrection” was caused by a long list of “false conspiracy theories” about the JFK assassination, 9/11, the Boston Marathon bombing, mass shootings, the Oklahoma City bombing, anti-Bernie Sanders election fraud, health risks from 5G, COVID tracking’s Orwellian aspects, and more. The problem is that every one of those “conspiracy theories” is true! It’s the New York Times that is lying to us, not the “conspiracy theorists.”