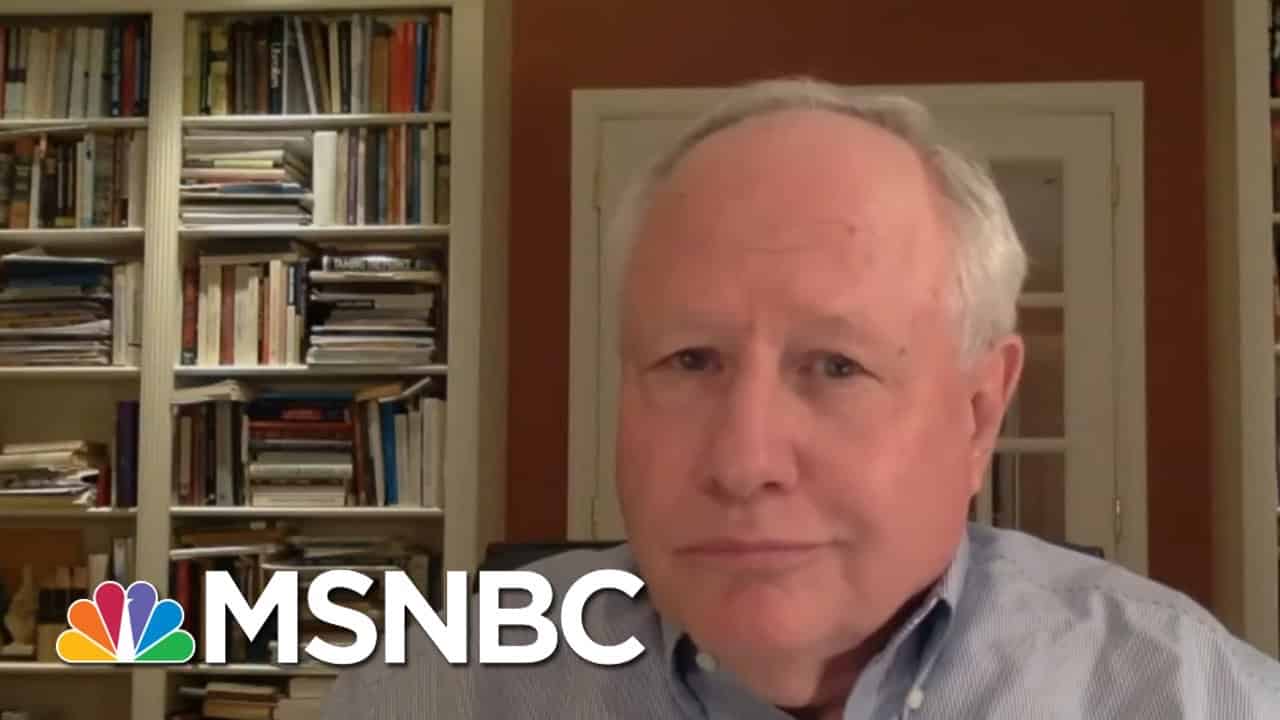 …from MSNBC, with Bill Kristol

[ Editor’s Note: These push back efforts are not just a wish and a prayer attempts at fixing the mess. They have deep pockets behind them. And they are not waiting until 2022, as they know that the battle to kill the Trumpism Big Lie has to begin now.

They are sending a stern message in response to what the rioters were crowing about on their message boards driving down to DC on January 5th, all excited about bringing The Storm to DC and the Capitol.

What we could be seeing is the beginning of attacking Trumpism full on, right now while they are in jail, hiding or on the run, and while the FBI digs out their behind the scenes financial supporters. They have the Federal government ‘Storm’ on their asses, and when the Biden DoJ finally takes over the reins, look for more energy put into the effort.

Those who have politically supported the Trump Insurrection are going to find life may have changed for them. Corporate CEO’s have a list of the 140 in Congress and the few in the Senate who will find their funding going to other places, like the Lincoln Project and the new Kristol group.

Those in DC who were complicit in leaving the Capitol wide open must also be pulled out by the roots. It will not take rocket science to run them down, as the list is very short. The guilty will admit that “mistakes were made”, but an organized stand down is not a mistake but a purposeful act. General Honore’ will be in a tough spot if the guilty go above the Capitol Police chiefs who quickly resigned.

We have the FBI telling us recently that it was monitoring the Trumptard communications while they were driving in to DC. Why was no emergency command center meeting called for on the evening of January 5?