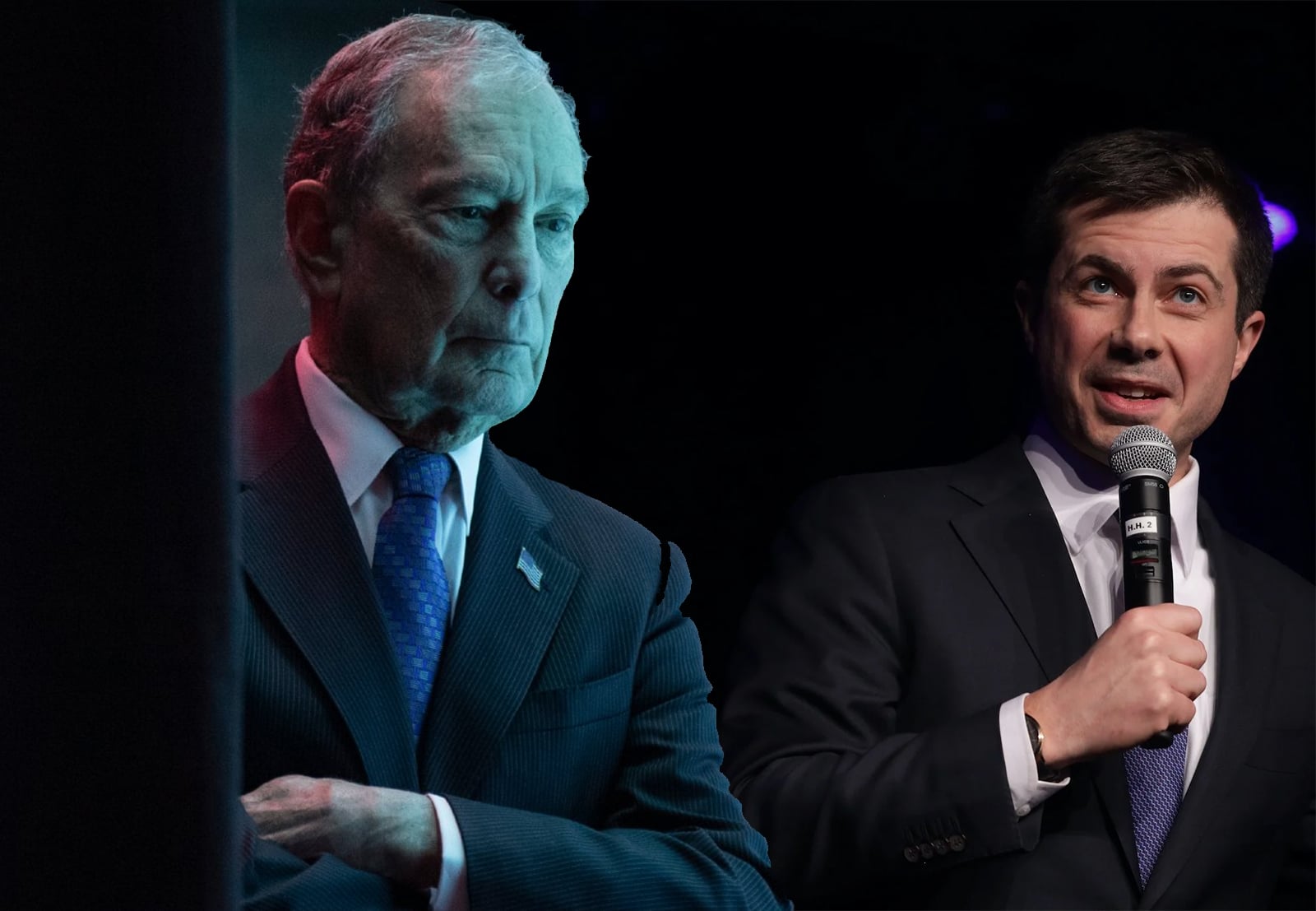 by Richard Cook for VT

Following his landslide win in the Nevada caucuses, Bernie Sanders is the front-runner for the Democratic Party’s nomination for president. So now, with the upcoming South Carolina primary, followed three days later by Super Tuesday, he is the number one target of the other contenders.

Joe Biden, Elizabeth Warren, Amy Klobuchar, and Tom Steyer can be dismissed as more-or-less conventional candidates, certain to lose but struggling now to save face or possibly to be picked by the eventual nominee as the vice-presidential designee. Maybe one or two of them are angling for cabinet posts or a good book contract.

That leaves Bloomberg and Buttigieg—B&B—whose entire campaigns are now, according to media reports, pivoting to attack Sanders.

One is a former mayor of New York City. The other was mayor of South Bend, Indiana. Neither has any serious qualifications to be president of the U.S.

Bloomberg is a plutocrat residing at the pinnacle of the Money Power. Buttigieg is a former Naval intelligence officer, who served in the Afghanistan war. As an overt sodomist, Buttigieg, in the not too distant past, could be in prison, not running for high office.

Yet they are now leading the charge against Bernie Sanders. They both claim they could defeat Donald Trump in the upcoming general election, though they both poll behind Sanders as possible contenders.

So who is really behind them? Who are the professionals that are running their incredibly sophisticated campaigns? Both of them are clearly being manipulated by the powers behind the scenes. Both are speaking from well-crafted scripts (i.e., “talking points”). Buttigieg in particular talks like a wind-up doll with a curious trance-like glaze over his eyes.

It’s fairly obvious that both are cut-outs of the Deep State.