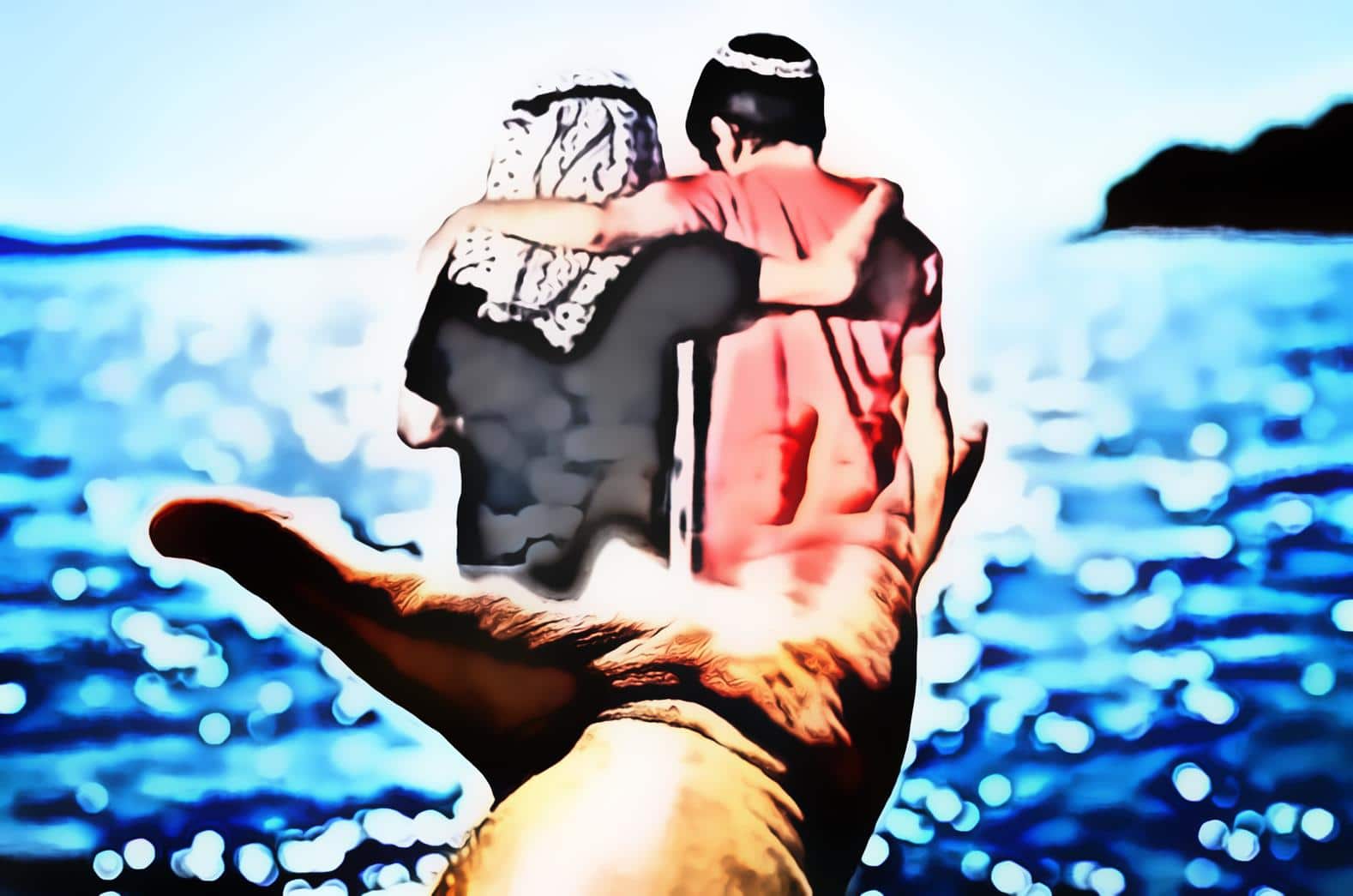 People All Over The World, Join Hands! Time to start a unified Middle East Love Train

This past week a weak no longer influential U.S. President, through his awkward voiceless unqualified son-in-law, the nepotismed Jared Kushner, proposed a small-minded “peace” plan for his beloved Eretz-Israel that fell on deaf ears.

Their ridiculous visionless plan is clearly a final attempt at reaching the antiquated Der Judentstaat Euro Wet Dream created by Austrian Theodore Herzl in the 1890s; a jaundiced man who lived in an unconnected world, an age without telephones, cars, planes, radio or the internet.  It goes nowhere!  I know, I know…they are following ghosts!  Lame!

Trump, a visionless unprincipled 20th Century relic himself, is merely a silly narrow-minded profiteer taking orders from his one-minded 20th-century thinking bankers; namely, those that have been keeping this blowhard afloat since his failed days as a vain racist New York City Real Estate developer. He is obviously paying these nasty profiteering fools back with this silly visionless “peace” plan.  Yes, it’s pathetic! And yes, it’s wasting everyone’s time.  But there is a bright spot.  So hear me out…

I mean, the Trump failure does highlight the real need to resolve a 20th Century failure and replace it with a success plan that will propel the Middle East for the next 50, 100, 500 years…

And so it calls on bigger people, real leaders to step up and come up with a real plan that actually works for humanity while also creating economic success that can sustain for everyone; not just some.

In lieu, the only real solution that will work is a Middle East Union (MEU) with member states trading freely with one another, with economic opportunity for all its people, free unabated travel and ability to live within the union as a citizen with full rights of freedom, liberty, and justice for all; not just some!

Imagine Saudi’s, Jordanians, Iranians, Israeli’s, Syrians, Emirati’s, Yemeni’s, Lebanese, Palestinians, Iraqi’s et all.. all citizens of the same union!  Same passports!  They can visit one another without fear.  They can move their families around where opportunity knocks.  It can happen!