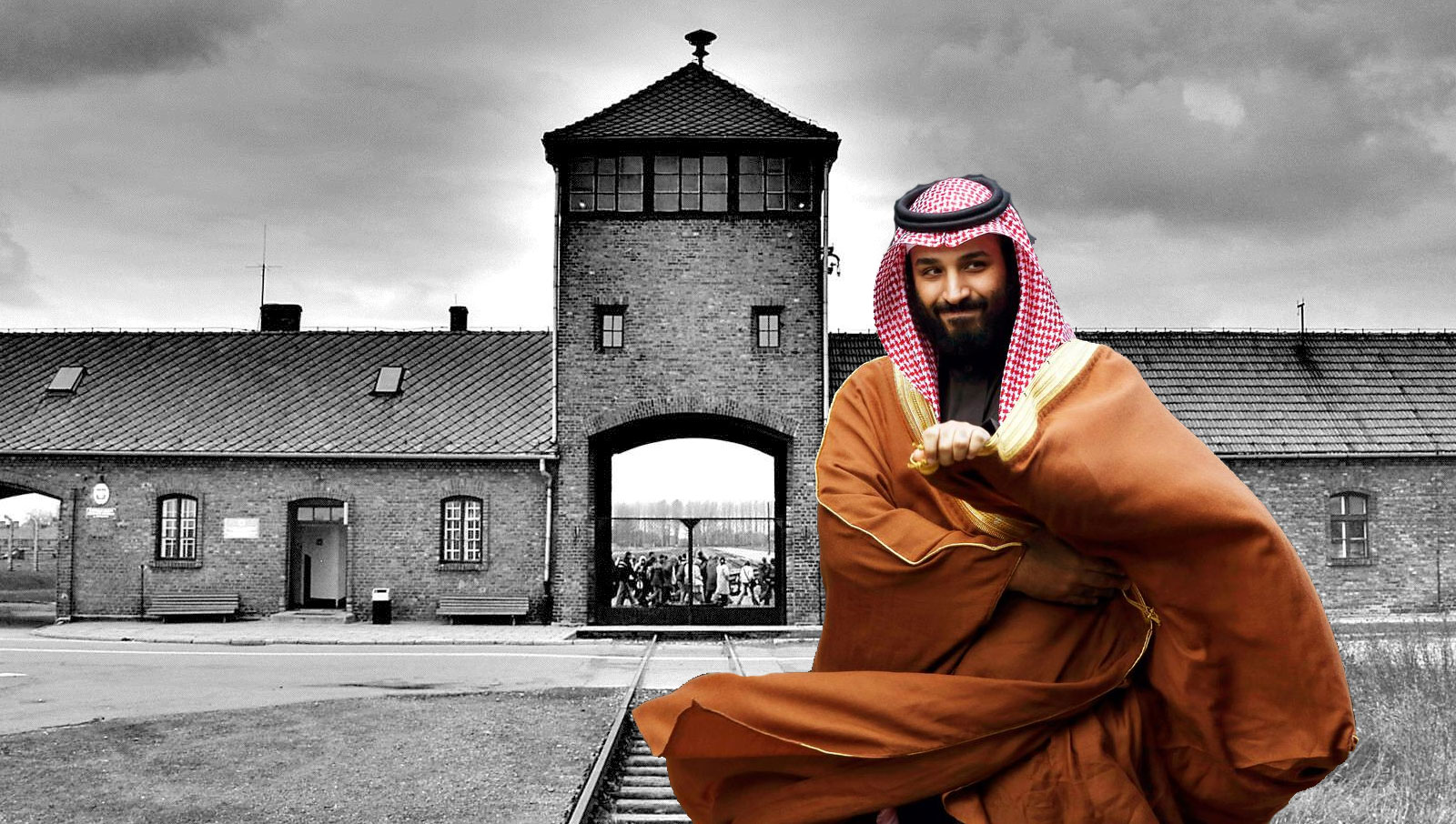 Acting under orders from Prince Muhammad Bin Salman, a delegation of senior Saudi clerics has traveled to Auschwitz, Poland and officially accepted the Holocaust.

After their mass conversion, the clerics proceeded to visit the “gas chambers” where millions of Jews were killed with hydrogen cyanide gas.

Due to the nature of this article and threats to ban by leading U.S. based search engines we cannot post more here.  So to actually read the full text of Kevin’s article, please click below and READ IT IN FULL