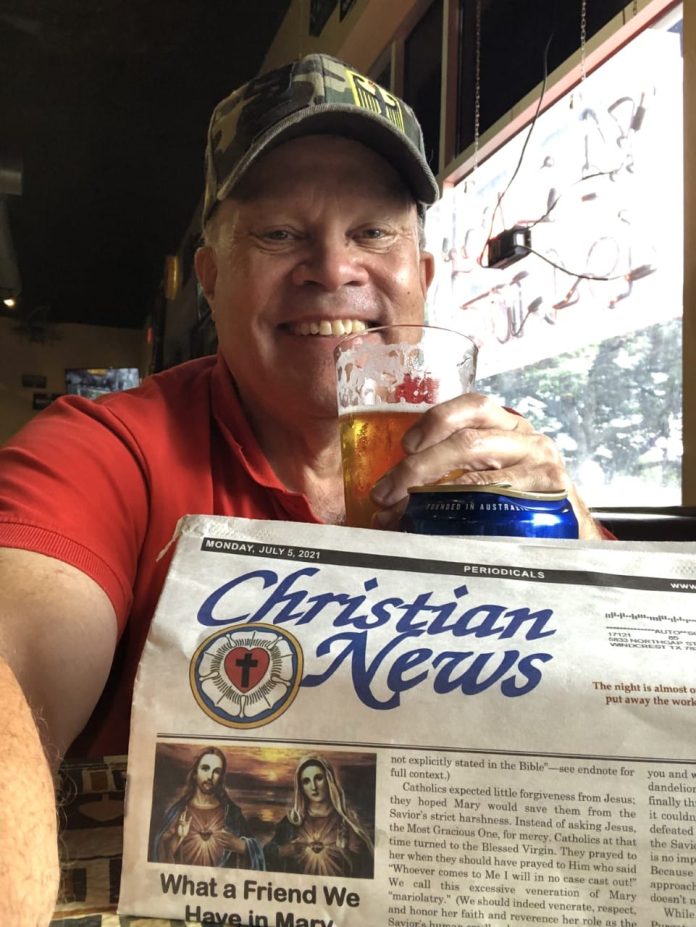 (Lutheran Pastor Mark Dankof of VT was invited to a private session of Texas homeschoolers and their parents in a secluded home in San Antonio in 2018, to speak on a critically important subject deliberately avoided in American schools, including the Christian academies, and especially in IRS tax exempt 501(c)3 churches drenched in the doctrines of American and Israeli Exceptionalism. Readers of Russia Insider and Russian Faith may find the greatly edited version interesting in revealing serious truths about the present situation in the United States for the Christian believer. Now in 2022 with the advent of the Russian-Ukrainian War since February 24 and the declared war of GloboHomo on Putin’s Russia, the publication of this edited presentation in 2018 takes on ominously critical importance.)

It is a Saturday night here in the Alamo City, also known both in this country and outside it as Military Town USA.  It is noteworthy and more than understandable that I have been invited to speak on this topic in a private home, devoid of any advance or subsequent publicity, and without the sponsorship of any educational or church organization in this 7th largest city in the continental United States.  There is ample reason for this.  We, unfortunately, live in a climate of fear where tonight’s topic is concerned, a climate which produces only occasional furtive glances and whispers in rooms with darkened shades among those who sense as Christian believers that something is deeply wrong in our land, so wrong that our educational and religious leaders have not only maintained sustained silence on a healthy discussion of a topic that shall not go away but in many cases have served as sycophantic cheerleaders for that which I believe to be evil.

For some, it is the desire to be popular in the community.  For others, it is the danger of being libeled and slandered that is paramount.  For yet others, it is the fear of losing a tax-exempt status courtesy of the IRS and the Federal Surveillance State which is well represented in this city. Many pastors and teachers sadly confuse Empire Deification and Emperor Worship with Biblical faith and American “patriotism,” which suggests that the core lessons and warnings of the Prophets Jeremiah, Amos, and Daniel, along with John’s writings on Patmos during the reign of Domitian (81-96 A. D.), continue to be missed, along with the basic teachings of the Lord Jesus Christ about what really constitutes the Kingdom of God and who the Israel of God is really comprised of.

I pray we shall not miss what I truly believe to be the teachings of the Holy Spirit of God conveyed by these Biblical writers, or what I believe is being conveyed about both Martyrdom and Empire. So we quite rightly gather on a Saturday night on our own time to examine that which is not being examined elsewhere around San Antonio this evening, as the days and nights continue to unfold before the Second Coming of the Lord Jesus Christ.