Home World 40 Years Ago: No One Ever Charged When Over 3000 Palestinians... Last week was the 40th anniversary of the appalling massacre at Sabra and Shatila refugee camps in Lebanon. Dr. Swee Ang was there, in the thick of it, doing what she could for the victims.

I wrote about this remarkable lady 4 years ago when she reported on apartheid Israel’s violent hijacking in international waters of the Norwegian mercy boat Al-Awda sailing to Gaza with urgent medical supplies. She was onboard. Passengers and crew were roughed up (some seriously injured) and abused, thrown in an Israeli jail, and had their possessions and money stolen. 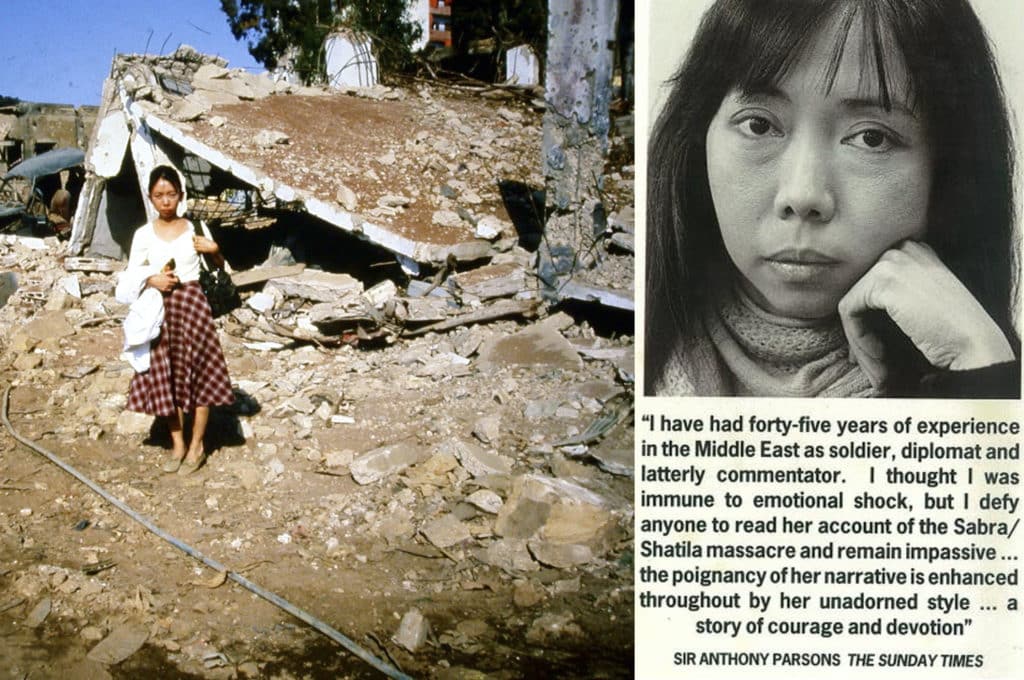 In the 1980s and 1990s she worked as a trauma and orthopedics consultant in the refugee camps of Lebanon and later for the United Nations in Gaza, and the World Health Organisation in the West Bank and Gaza. She is the Founder and Patron of the British charity Medical Aid for Palestinians (MAP).

Dr. Swee is the co-author of War Surgery and Acute Care of the War Wounded and also wrote From Beirut to Jerusalem documenting her experience in the Palestinian Refugee Camps in Lebanon and Gaza.

This is her account of the terrible 3-day slaughter of Palestinian refugees in 1982. 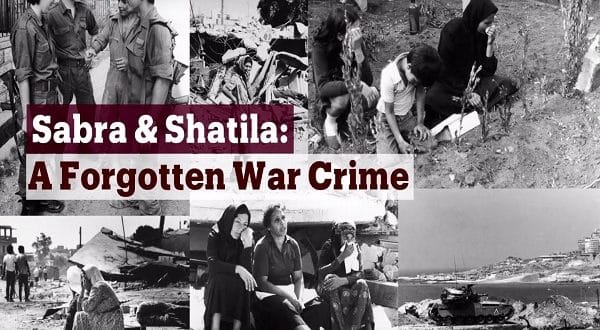 As a medic during the Sabra and Shatila massacre, I saw horror and defiance

Horrific Lebanese militia attacks enabled by Israel in 1982 left a legacy of trauma. But there is also a reason for hope.

Forty years ago, angered by television footage of the devastation of Lebanon by Israel’s 1982 invasion, I left my London home to volunteer my surgical skills to the wounded. The invasion killed thousands of civilians and destroyed homes, livelihoods, hospitals, libraries, factories, schools, and offices.

I arrived that summer in Beirut, a Christian surgeon who supported Israel and believed the Palestine Liberation Organisation (PLO) were terrorists. My views were about to change.

With many hospitals destroyed, I worked as a volunteer medic in a field hospital in an underground car park. We dealt with devastating war wounds, many inflicted on children. Beirut was bombed and blockaded. Water, electricity, food, and medicine were denied.

Thousands of families whose homes were demolished were forced to live on the streets of the city center – thirsty, hungry, destitute, and traumatized.

With hopes again dashed, homes shelled and bulldozed, and loved ones deported and massacred, survivors once more tried to rebuild their shattered lives.

The aggressive and relentless bombing stopped when the PLO agreed to evacuate in exchange for peace. Thousands of PLO members were ordered to leave Lebanon, undertaking never to return, while their families left behind were promised protection under a US-brokered plan.

Following the ceasefire, the Palestine Red Crescent Society (PRCS) needed a six-member surgical team to support the reopening of the 11-floor Gaza hospital on Sabra Street – the only PRCS hospital still standing at the time, after the rest had been flattened by bombs. A group of us packed into a PRCS car, and with sirens blaring, we sped along roads empty of vehicles.

Upon arrival, we saw that the top two floors of the hospital were heavily bombed, but the ninth was largely intact, despite the window glass having been blown out. This became our living quarters. There was still no electricity or running water, but at least the bombs had stopped falling.

The hospital was extremely busy. PRCS staff cleared rubble, and repaired and cleaned hospital wards, operating theatres, the pharmacy, the canteen, and the mortuary. Wounded patients were transferred from various field hospitals to us for further care.

From the top floors of Gaza Hospital, the entire length of Sabra Street was visible, I watched displaced families of women, old men, and children – since the able-bodied men had been evacuated – returning to their homes walking the entire length of that street with their scant belongings on their backs, carts, and donkeys. They were determined to pick up their shattered lives, clear out the rubble, and rebuild their homes. The US-sponsored peace gave them hope. Their courage and will to survive won me over.

What is the Sabra and Shatila massacre?

I made friends with many residents of this area and was outraged to learn the history of Palestine from them. Their families were forced out of Palestine at gunpoint in 1948 to facilitate the creation of the state of Israel.

Around half of the country’s indigenous population or 750,000 people, were driven out to become refugees in neighboring Jordan, Syria, and Lebanon. Around 13,000 Palestinians were massacred and 530 villages destroyed in this massive ethnic cleansing known as the Nakba.

In short, Palestine was wiped off the world map. In 1948, Lebanon received about 110,000 fleeing refugees who were settled in refugee camps. By 1982, the refugee population had grown to nearly 400,000.

Despite the injustices committed against them, the Palestinians I met were kind and generous. They had suffered so much and yet retained such humanity. I was overwhelmed by their hospitality in the midst of their poverty. Their story was not in any history textbook, but every Palestinian child knew the name of their ancestral village, many of which had already been demolished.

The women introduced me to their stunningly beautiful Palestinian embroidery, with motifs representing their destroyed villages sewn onto black cloth with brilliantly colored silk threads. Each stitch was a testimony to their history, culture, and resilience.

Three weeks after the evacuation, on 15 September 1982, the ceasefire was suddenly broken when hundreds of Israeli tanks invaded Beirut. Some of these tanks sealed all the escape routes of Sabra Shatila, and Lebanese Phalangist militia members were sent into Sabra and Shatila camps and massacred up to 3,500 Palestinians and Lebanese civilians, as the Israeli army stood by. Multinational peacekeepers were nowhere to be found.

Check out Stuart’s book Radio Free Palestine, with Foreword by Jeff Halper. It tells the plight of the Palestinians under brutal occupation and explains to me why the Zionists who control Israel should be brought before the International Criminal Court.