What goes around comes around. The same scam that silenced a stunned world in 2001 worked its identical horror show in 2020 when everyone was intimidated into fearful silence by a threat so incomprehensibly shocking that it took a couple of years to sort it all out and realize we’d been duped by a trick so bold — or a lie so big, as Adolf Hitler once said — that we could not initially dispute it.

It took the patience of time to fully understand the false flag nature of the two contrived disasters, but by then the dirty deeds had been indelibly etched into the muddled minds of humanity because of the spin power of Jewish media and their ability to convince everyone that the lies they produced were the truths that had happened — which they were not.

These spectacular symptoms of insanity are happening more frequently now, as misled by manipulative maniacs, the rotting republic known as the USA hurtles toward its doom.

Just yesterday, in fact, out-of-control Washington thought police invaded the home of a deposed president in search of either a crime it could fabricate or false evidence it could plant to create the warped reality it sought to impose twice before, with the two crimes of the century it had committed on the loyal citizens it had betrayed.

These were obviously the 9/11 false flag fiasco and the cynical COVID caper, both of which deliberately murdered many thousands of innocent people it had sworn to protect under the guise of protecting them from two terrible things: terror and disease. These stories were both lies.

Such is the destiny of demented nations gone insane when madmen keep perpetrating murderous deceptions on a gullible populace unable to perceive the tricks being played on them.

So this is the story of these two sad, sick tales — fearfully foreshadowing those yet to come — as seen through the eyes of an ordinary dentist who took it upon himself to chronicle the devastating depredations that turned America into an out-of-control killer which has eventually and predictably turned on itself. 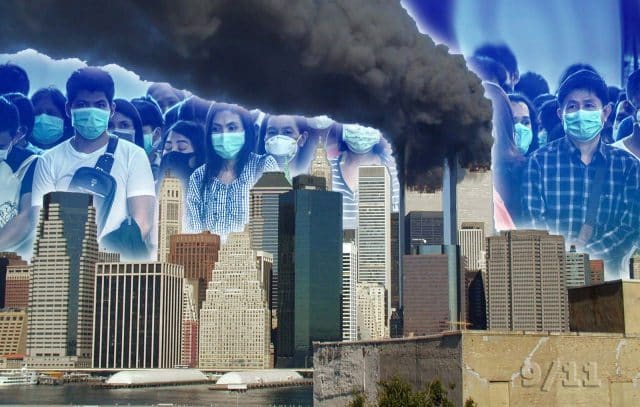 For going on 20 years Kansas City dentist Ed Kendrick has monitored the evolving coverup of the 9/11 false flag horror with a dedicated website called Rediscover 9/11.

In recent weeks he has had the conscious wherewithal to combine observations on the parallel catastrophes into a prescient obituary for a country run aground by criminal psychopaths.

Writing for the website thelibertybeacon.com he described the opening of a new museum opening in New York City vomiting forth the government’s false official story of the greatest crime in American history. He wrote:

“The 9/11 Memorial (Indoctrination) Museum will avoid the evidence of controlled demolition: nano-thermite, free-fall collapse, squibs, and sub-basement explosions. Reading the 9/11 Memorial website, we see a focus upon the pathos of 9/11—the emotions of ‘remembering’.”

“Ed,” I wrote him back, “this is a great lead! — focus on the pathos, forget about the facts!” This is just what has happened throughout 20 years of crocodile tears our government has shed covering up its own criminal antics.

“The 9/11 Memorial Museum parrots the official conspiracy theory of 9/11 which has been shown not to be possible.”

“Shown by whom? Michael Chertoff?” I wrote back, naming the cynical Homeland Security flunkie who had let the 37 Israeli art student criminals fly back to their terror base in the Middle East right after 9/11 without so much as an interrogation. Chertoff, the monster who later made millions selling airport security installations around the world after his Neocon Nutbag cronies had created the climate of fear with their false flag terror tactics, has recently been rehired by the Biden administration and doubtless had a hand in the Soviet-style raid on Trump’s house in West Palm Beach. 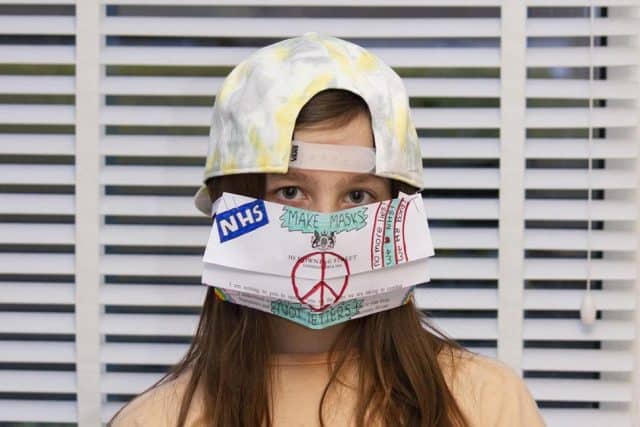 The mission of the 9/11 Memorial Museum is firmly intertwined with Department of Education standards (Common Core) for indoctrinating the populace as early as possible. They have developed a curriculum about 9/11 for grades K through 12.

Are they going to use Common Core math to tabulate the victims, I responded, which would involve several million countings of the wars in Iraq, Afghanistan, and Libya for which 9/11 served as the trigger mechanism? Try figuring those out with Common Core.)

The messages the 9/11 Memorial Museum communicates: Oh, the suffering! Remember the suffering! Be very afraid! Muslim extremism is the boogeyman! We must protect our freedom! Praise the heroes!

Exhibits at the 9/11 Memorial Museum will see to it that as many youths as possible get their programming of a PTSD reaction that shuts down their analytical processes—their willingness and ability to question. Such methods of implanting public myth have long ago been proven useful to keep the sheeple herding in the direction of the controllers with immobilizing fear and resignation to powers that are insurmountable. 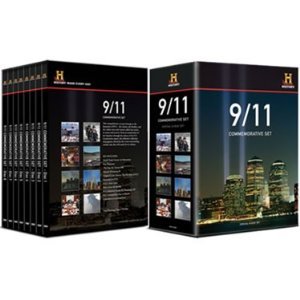 The rest of the article contains a panoply of videos illustrating the Jewish manipulation of history that set the stage for the 9/11 false flag fiasco, an indispensable historical archive of the kosher brainwashing that has destroyed America.

Now consider the parallel of trying to get people to believe in the 9/11 hoax, despite formidable evidence, with trying to get them to believe the fake vaccine is a bioweapon, which was not meant to protect them but to kill them, after first sickening them producing all sorts of monumental medical profits.

Both arguments are equally difficult to get people to believe, which is why millions of thoughtless droids have killed themselves by taking a jab that has, if it hasn’t killed them, ruined their health.

The connection of 9/11 to COVID is dependent on gullible goyim believing the poison PR foisted on the public by Jewish media, and in that sense becoming an integral project of the Jews’ killing of the world’s population.

Kendrick’s second story in The Liberty Beacon — “Covid 19 Origins —Crimes Against Humanity” focused on the evidence of racketeering in this global campaign of terror. It itemized felony violations of the criminal code in funding the biological weapon by which government terrorists abetted the murder of millions. 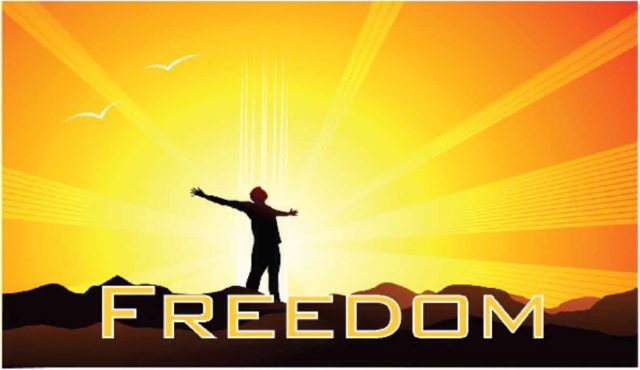 These deranged authorities whose names we have come to know oh so well knew from the outset that remdesivir was known to be premeditated murdered, according to Kendrick’s analysis quoting the bow-tied genius Dr. David Martin featured in several videos with the story.

And yet another atrocity eliminating freedom of conscience from the American people occurred today with the announcement of the United Nations. This is as stupid as the recent Homeland Security effort to crack down on unacceptable topics, if not stupider.

UN Declares War on ‘Dangerous’ Conspiracy Theories: ‘The World Is NOT Secretly Manipulated By Global Elite’

The United Nations has declared war on conspiracy theories, describing the rise of conspiracy thinking as “worrying and dangerous”, and providing the public with a toolkit to “prebunk” and “debunk” anybody who dares to suggest that world governments are anything but completely honest, upstanding and transparent.

The UN also warns that George Soros, the Rothschilds, and the State of Israel must not be linked to any “alleged conspiracies.”

UNESCO has teamed up with Twitter, the European Commission, and the World Jewish Congress to launch the campaign dubbed #ThinkBeforeSharing: Stop the spread of conspiracy theories.

The UN wants you to know that events are NOT “secretly manipulated behind the scenes by powerful forces with negative intent” and if you encounter anybody who thinks the global elite are conspiring to consolidate power and dictate global events, you must take action.

According to UNESCO, “if you are certain you have encountered a conspiracy theory” on the internet then you must “react” immediately post a relevant link to a “fact-checking website” in the comments.

(Never mind the fact that “fact checkers” are mostly untrained and unqualified hacks performing “fact checks” from the comfort of their bedroom in between posting far-left political content on personal blogs and getting high.)

So to those with eyes to see, ears to hear, and brains to think, you will be breaking the law if you use any of these faculties according to a worldwide alliance dominated by Jews which will no longer allow you to think for yourself if you let them get away with their totalitarian demands backed up by insane media endorsements.

Put it more simply, the United States, backed by falsely appointed governments and Jewish agencies, has declared war on the truth.

But since you have let them get away with a false flag attack of American skyscrapers that let them make unjustifiable, criminal attacks on the rest of the world, and then you let them bamboozle the entire world into taking poison shots that right now is reducing the world’s population by the millions, what realistic shot do you think you have at stopping them from stealing every last vestige of your freedom and every last possession that you still think you own?

Do you think you still have any chance of retaining some meaningful shard of your rapidly disintegrating freedom?

The biggest question that remains is what will you do about it.

Being a betting man, my response is that you will do absolutely nothing, in which case I would say “Sayonara, baby! You’re as good as gone.”

John Kaminski is a writer who lives on the Gulf Coast of Florida, constantly trying to figure out why we are destroying ourselves, and pinpointing a corrupt belief system as the engine of our demise. Solely dependent on contributions from readers, please support his work by mail: 6871 Willow Creek Circle #103, North Port FL 34287 USA.

Listen to “Kaminski Goes Ballistic on SpeakFreeRadio.com” with Dr. Ed Kendrick of 911justicecampaign.org. Together they talk about 9/11 and COVID lies-

About Author:  Editor, Essayist, Revisionist, Prehistorian, Analyst of the Jewish threat to the human future

Knowledgeable Internet political observers likely know that for the past 15 years John Kaminski has been trying to get the world to understand that a super-rich Jewish intelligentsia is responsible for all the trauma that torments the world on a daily basis.

9/11? The World Wars? Poison medicine? Toxic food? Corrupt government? Phony elections? Sadistic cops? Cowardly preachers? Financial strangulation? The blame for all these crises is the same in every instance. But the shades are pulled down in people’s minds. To venture into this territory is to write your own destruction. 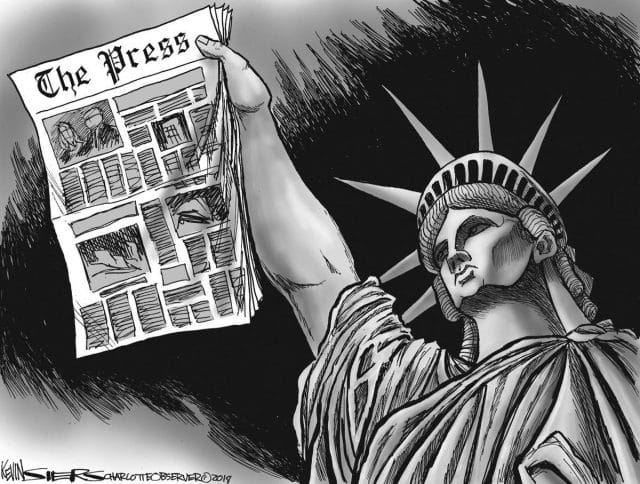