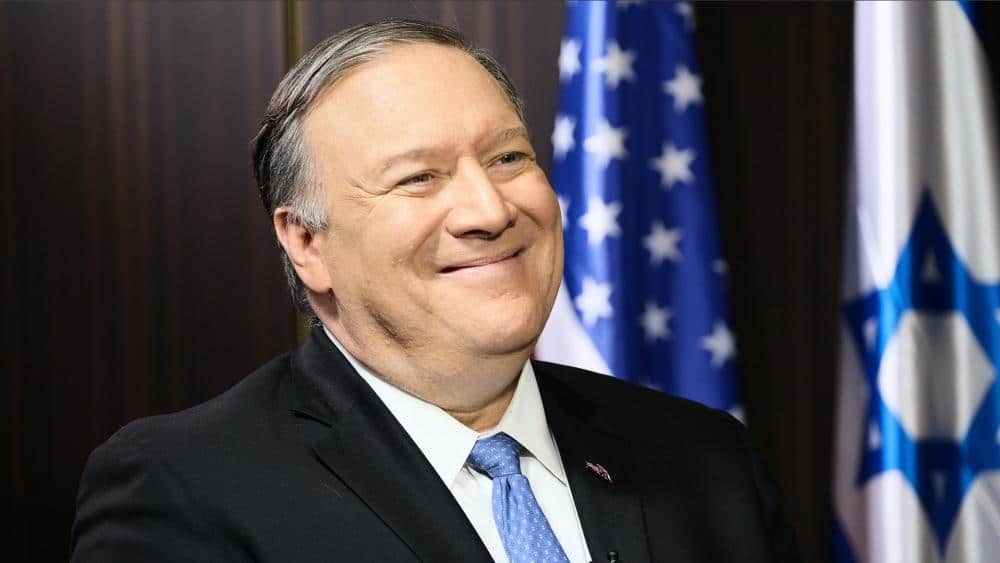 Friendly Atheist – Yesterday, during an event at the National Constitution Center, Secretary of State Mike Pompeo spoke about a new report from the “Commission on Unalienable Rights,” a group he assembled in May of 2019.

That announcement was disturbing on its own because Pompeo spoke fondly of the country’s “founding principles of natural law and natural rights.” Natural. That’s a word conservatives have regularly used to block trans people from serving in the military, oppose marriage equality, and prevent women from controlling their own bodies.

In other words, Pompeo appeared to be using the government to advance a conservative Christian agenda.

His speech yesterday showed that prediction had, unfortunately, come true.

The draft report cites the traditions that formed the American spirit, including a form of Christianity that embraced “the beautiful Biblical teachings that every human being is imbued with dignity and bears responsibilities toward fellow human beings because each is made in the image of God.”

It also references the “Biblical heritage” of the Founding Fathers.

At a time when conservatives are defending statues of Confederate soldiers because taking them down would rewrite history, here’s a Trump administration document that quite literally injects Christianity into our nation’s founding even though historians have repeatedly rejected that idea. There were undoubtedly Christian leaders present when the Constitution was written, but they’re hardly the evangelicals of today and our founding documents make clear that church/state separation is one of our most important values.

A number of non-theistic groups have weighed in on the disturbing report, the final version of which should be coming out soon and which Pompeo hopes “will influence the U.S. and global human rights policy.”