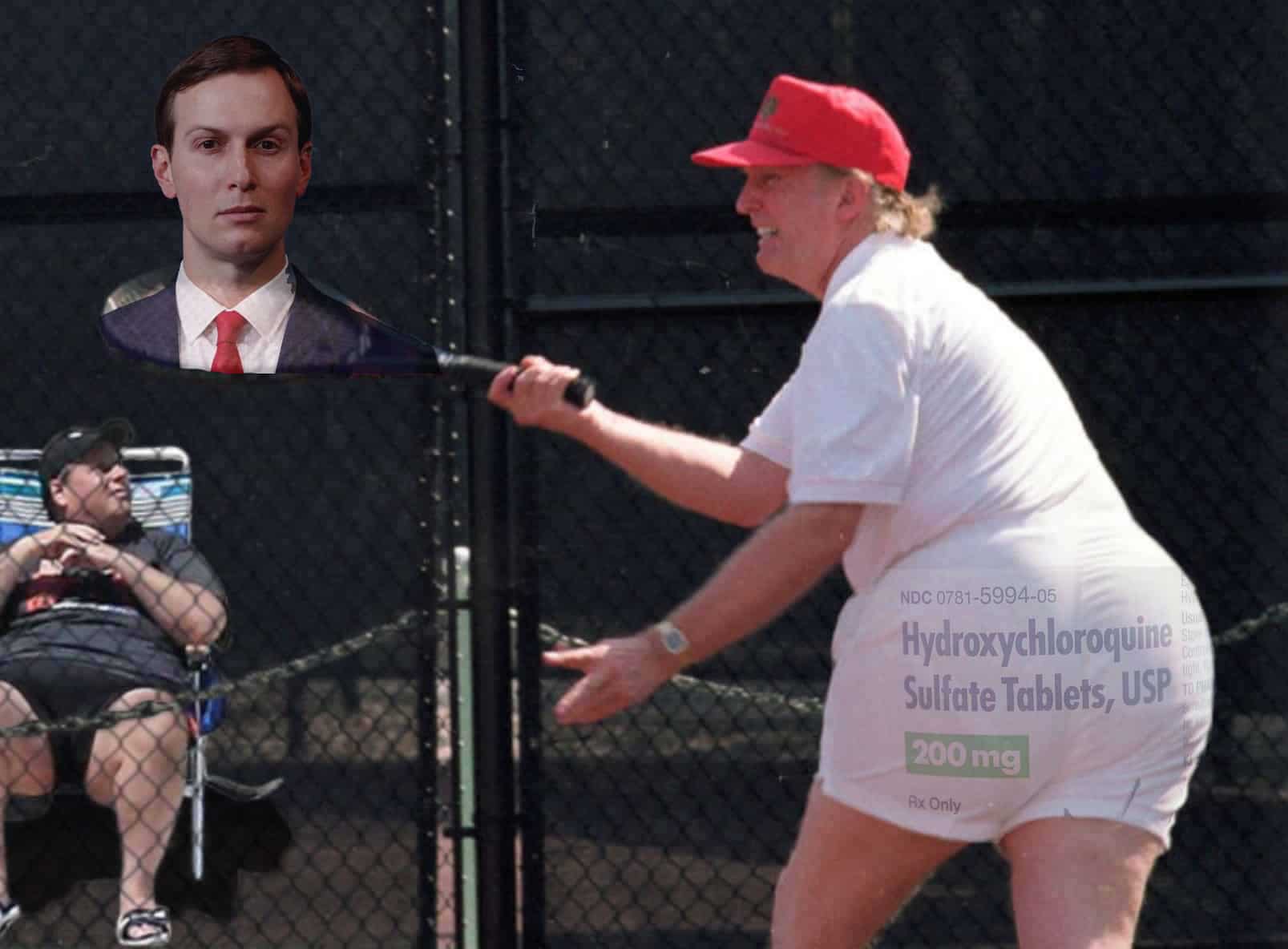 Trump: “I don’t own the company”  But Jared Kushner Does, not “own” but “partners with” is more accurate.  Kushner gets a personal cut off everything the government buys during the pandemic.

VT wants to see Trump on Hydroxy, huge doses, we think its the best thing for the country and that it would save hundreds of thousands of lives, perhaps millions if Biden is right.

Of course, Trump is lying.  We just wish he wasn’t.  Instead, he will be killing others, which we now know for certain has been his intent all along including veterans who have died in the hundreds from illegal medical experiments using Hydroxychloroquine, something congress will be looking into.