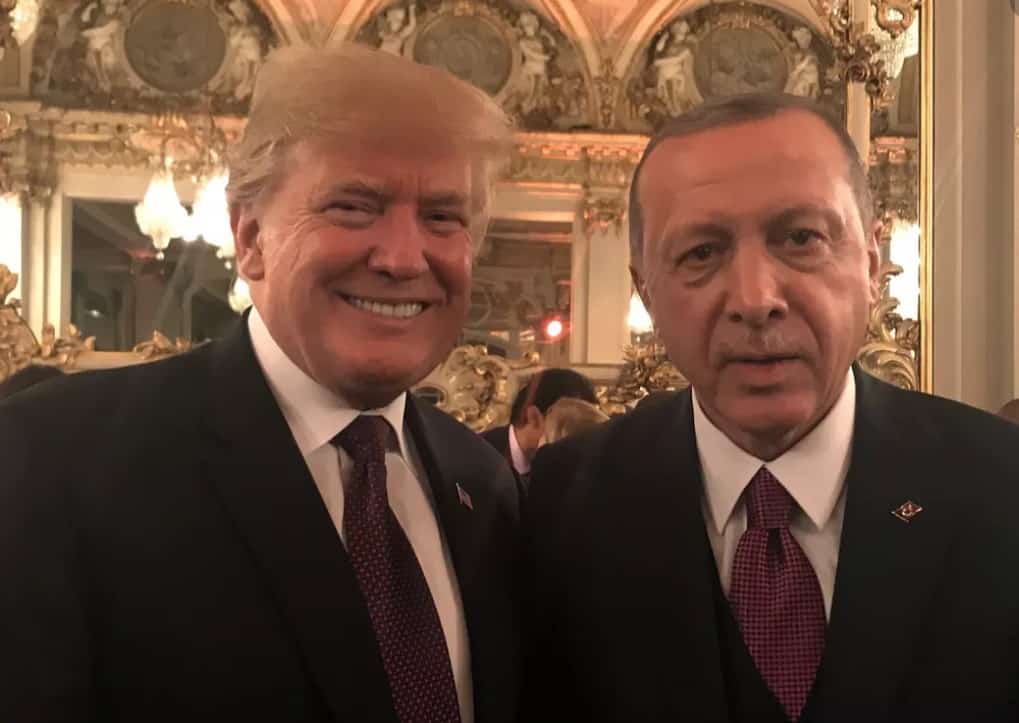 Turkish President Erdogan has begun a war on Russia backed by the US, including a huge personal cash payoff and the release of Turkey’s first 5 F 35 aircraft.  Acting as a Trump-Netanyahu proxy, despite the fact that superficially Erdogan has opposed the apartheid “peace plan” Israel, the US, and Saudi Arabia and pushing on the Palestinian people, Erdogan is coming back in line with his longtime policy as a supporter of terrorism.

If Russia fails to act strongly, Russian hopes for the Middle East will quickly dissolve.

Further US threats to crash Turkey’s currency have been used to bring Erdogan back into the fold as a full-time supporter of ISIS and al Qaeda, both operations of western intelligence agencies.

Additionally, Turkey is aiding in the resurgence of ISIS inside Iraq as well.

Trump has promised Erdogan a personal cut from Syrian oil now being delivered through Turkey.  Russia and the US have nearly come to blows of late when US troops have blocked Russian peacekeepers from Northern Syria which threatened deliveries of stolen oil to Erdogan’s Erbil based operating company, both trucking and oil sales, nominally owned by his son and Israeli investors.