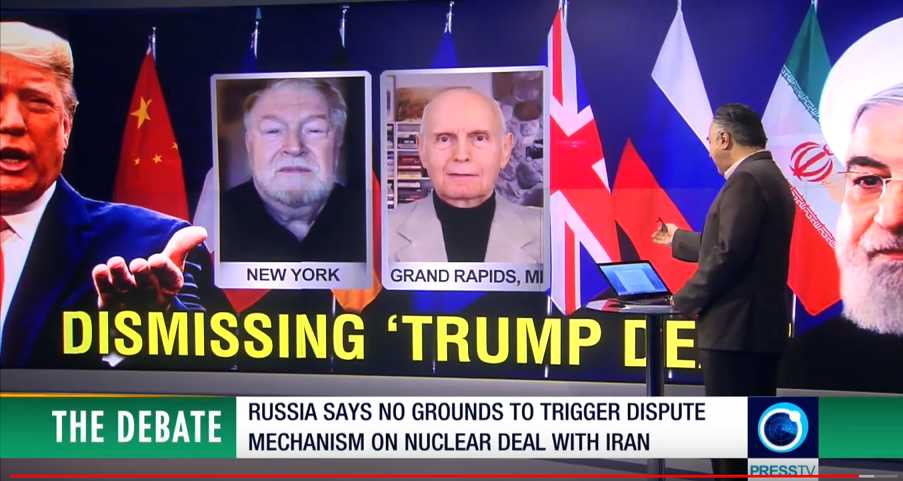 Welcome to 2020 Geopolitics where we are off with a bang in the New Year with another close call on a war in the Persian Gulf, and Trump trying to keep his political balloon from being popped by one lie too many.

Debate Shows are always a pleasure to do as we have so much more time to dissect an issue. This was my first time on with Ian Williams, who has spent years in the trenches doing the work, including writing a box load of books.

The Iranians have been expecting the E3 to go south on them with the JCPOA as they could not continue their empty promises to breathe life into their Big Foot legend of the INSTEX trade mechanism.

On November 29th of last year, they announced that six countries had joined the payment system, which with 20/20 hindsight we can see six weeks later as part of their smokescreen for stringing Iran along until now.

Notice how quiet Trump has been for a few months now on the EU sanctions, nary a word. This all seems stage-managed to me as we head toward Trump’s February 4th State of the Union address, the day after the Iowa caucus.

Jim W. Dean Archives 2009-2014
https://www.veteranstoday.com/jim-w-dean-biography/
[email protected]
DISCLOSURE: All content herein is owned by author exclusively.  Expressed opinions are NOT necessarily the views of Veterans Today Network (VTN), authors, affiliates, advertisers, sponsors, partners or technicians. Some content may be satirical in nature. All images within are full responsibility of author and NOT VTN.

What the French think about our new sane President

Remembering Jeanne Carmen, Queen of the B-Movies and 50’s Pin Up Girl

Trump’s pardoned allies may not be ‘safe’ as they think: Says Legal Scholar

Ousted with 34% Approval, down from a High of 41, Biggest Fool Ever

Facing Impeachment, Arrest, Trump to Flee Before Inauguration, Possibly Give Air Force One to...

Very Bad Smell: Did Police from Around US Lead Attack on Capitol?

‘White privilege on display’ At The U.S. Capitol!

This could all have been prevented: How mental health experts were silenced

Remembering Jeanne Carmen, Queen of the B-Movies and 50’s Pin Up...

Very Bad Smell: Did Police from Around US Lead Attack...