Home History On This Day in 1814, Francis Scott Key pens The Racist “Star-Spangled... 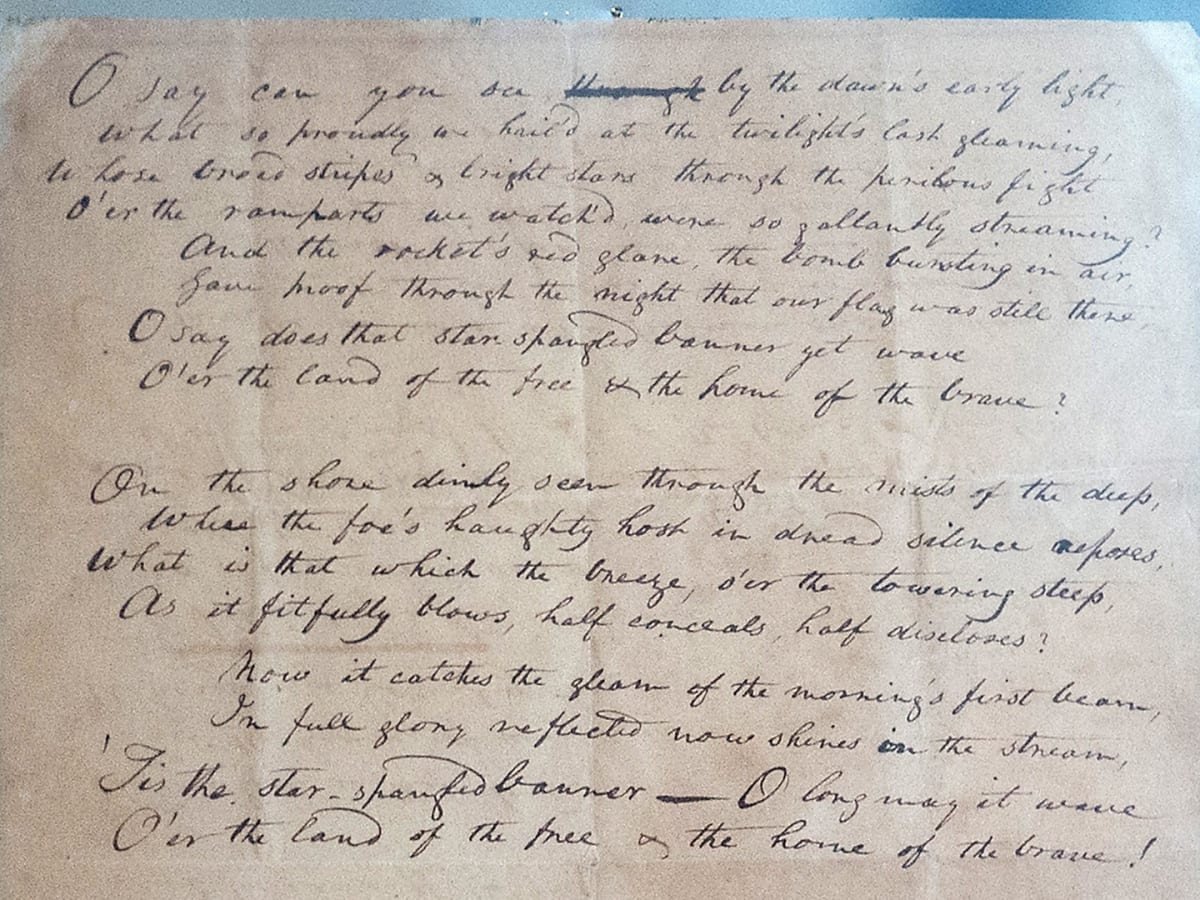 Was White Supremacist Slave Owner and Anti-Abolitionist Lawyer Francis Scott Key a Racist?  Is the Song Racist?  Is this Song almost impossible to technically sing?

On September 14, 1814, Francis Scott Key penned a poem which is later set to music and in 1931 becomes America’s national anthem, “The Star-Spangled Banner.”

The poem, originally titled “The Defence of Fort M’Henry,” was written after Key witnessed the Maryland fort being bombarded by the British during the War of 1812. Key was inspired by the sight of a lone U.S. flag still flying over Fort McHenry at daybreak, as reflected in the now-famous words of the “Star-Spangled Banner”: “And the rocket’s red glare, the bombs bursting in air, Gave proof through the night that our flag was still there.”

Francis Scott Key was born on August 1, 1779, at Terra Rubra, his family’s estate in Frederick County (now Carroll County), Maryland. He became a successful lawyer in Maryland and Washington, D.C., and was later appointed U.S. attorney for the District of Columbia.

On June 18, 1812, America declared war on Great Britain after a series of trade disagreements. In August 1814, British troops invaded Washington, D.C., and burned the White House, Capitol Building, and Library of Congress. Their next target was Baltimore.

After one of Key’s friends, Dr. William Beanes was taken prisoner by the British, Key went to Baltimore, located the ship where Beanes was being held, and negotiated his release. However, Key and Beanes weren’t allowed to leave until after the British bombardment of Fort McHenry. Key watched the bombing campaign unfold from aboard a ship located about eight miles away. After a day, the British were unable to destroy the fort and gave up. Key was relieved to see the American flag still flying over Fort McHenry and quickly penned a few lines in tribute to what he had witnessed.