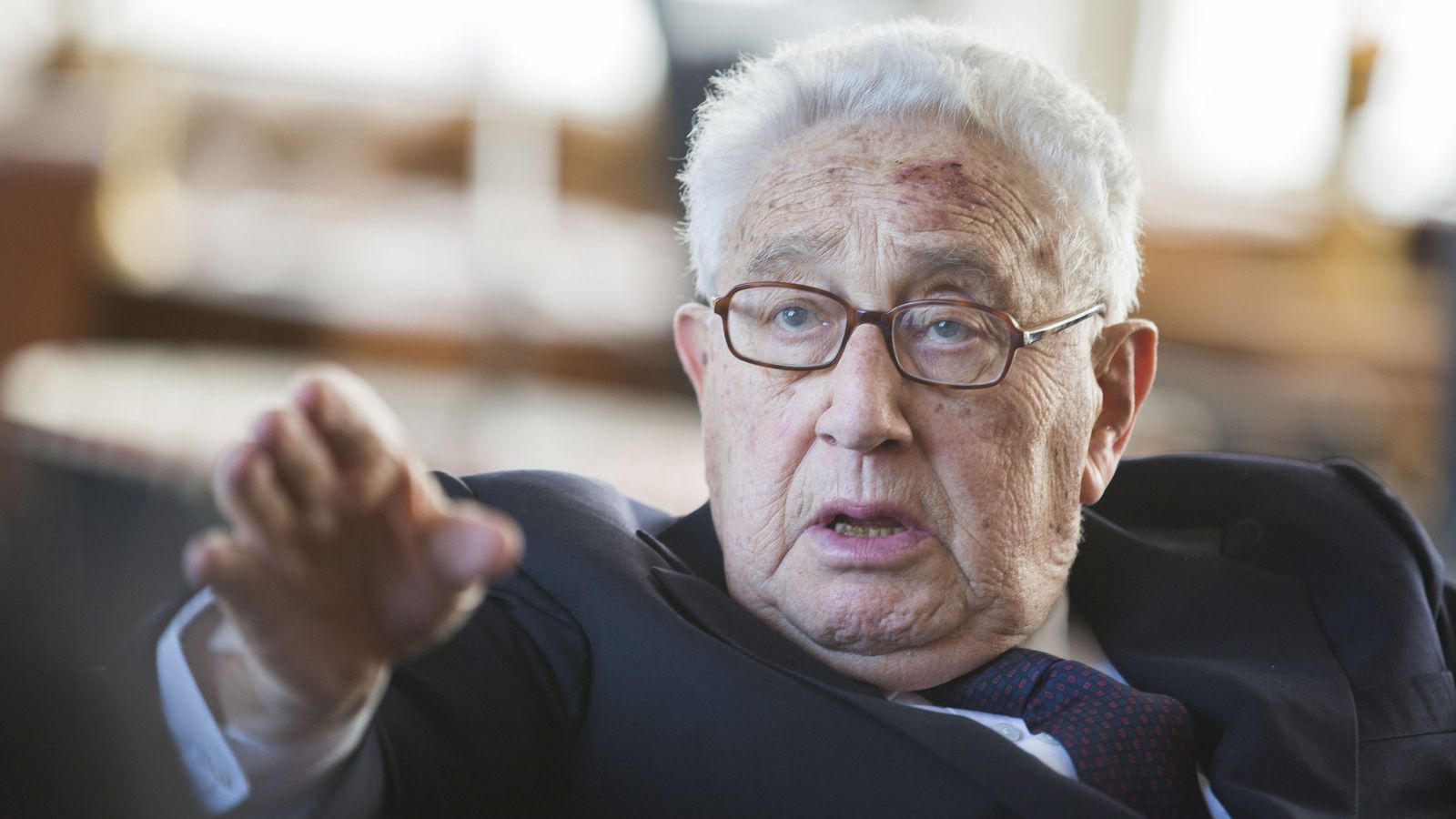 In this new book, Henry Kissinger, consummate diplomat and statesman, examines the strategies of six great twentieth-century figures and brings to life a unifying theory of leadership and diplomacy.

Granted, many VT readers and others around the world find Henry Kissinger objectionable and that would be fair.  Hell, I even wrote a punk rock song called KISSINGER IS DEAD condemning his influence on the 20th century. But the fact remains, that he was a huge influencer in the 20th century and, approaching 100 years old, continues to influence leaders.  He even met with Trump during his administration.  So love him or hate him, it would be smart to understand his tactics, gambits, and strategies as so many in government still follow what he did and teaches.

For example, “Leaders,” writes Henry Kissinger in this compelling book, “think and act at the intersection of two axes: the first, between the past and the future; the second, between the abiding values and aspirations of those they lead. They must balance what they know, which is necessarily drawn from the past, with what they intuit about the future, which is inherently conjectural and uncertain. It is this intuitive grasp of direction that enables leaders to set objectives and lay down a strategy.”

“An extraordinary book, one that braids together two through lines in the long and distinguished career of former Secretary of State Henry Kissinger…In Leadership, he presents a fascinating set of historical case studies and political biographies that blend the dance and the dancer, seamlessly.” – James Stavridis, The Wall Street Journal

In Leadership, Kissinger analyses the lives of six extraordinary leaders through the distinctive strategies of statecraft, which he believes they embodied. After the Second World War, Konrad Adenauer brought defeated and morally bankrupt Germany back into the community of nations by what Kissinger calls “the strategy of humility.”

After twenty-five years of conflict, Anwar Sadat brought a vision of peace to the Middle East through a “strategy of transcendence.” Against the odds, Lee Kuan Yew created a powerhouse city-state, Singapore, by “the strategy of excellence.” And, though Britain was known as “the sick man of Europe” when Margaret Thatcher came to power, she renewed her country’s morale and international position by “the strategy of conviction.”

To each of these studies, Kissinger brings historical perception, public experience, and—because he knew each of the subjects and participated in many of the events he describes—personal knowledge. Leadership is enriched by insights and judgments that only Kissinger could make and concludes with his reflections on the world order and the indispensability of leadership today.

Henry Alfred Kissinger, born Heinz Alfred Kissinger May 27, 1923, is a German-born American politician, diplomat, and geopolitical consultant who served as United States Secretary of State and National Security Advisor under the presidential administrations of Richard Nixon and Gerald Ford. A Jewish refugee who fled Nazi Germany with his family in 1938, he became National Security Advisor in 1969 and U.S. Secretary of State in 1973. For his actions in negotiating a ceasefire in Vietnam, Kissinger received the 1973 Nobel Peace Prize under controversial circumstances, with two members of the committee resigning in protest.

A practitioner of Realpolitik, Kissinger played a prominent role in United States foreign policy between 1969 and 1977. During this period, he pioneered the policy of détente with the Soviet Union, orchestrated the opening of relations with the People’s Republic of China, engaged in what became known as shuttle diplomacy in the Middle East to end the Yom Kippur War, and negotiated the Paris Peace Accords, ending American involvement in the Vietnam War. Kissinger has also been associated with such controversial policies as U.S. involvement in the 1973 Chilean military coup, a “green light” to Argentina’s military junta for their Dirty War, and U.S. support for Pakistan during the Bangladesh Liberation War despite a genocide being perpetrated by Pakistan. After leaving the government, he formed Kissinger Associates, an international geopolitical consulting firm. Kissinger has written over a dozen books on diplomatic history and international relations.

Kissinger remains a controversial and polarizing figure in U.S. politics, both condemned as an alleged war criminal by many journalists, political activists, and human rights lawyers, and venerated as a highly effective U.S. Secretary of State by many prominent international relations scholars. With the death of centenarian George Shultz in February 2021, Kissinger is the oldest living former U.S. Cabinet member and the last surviving member of Nixon’s Cabinet.