JEA: Vladimir Putin has been seeking solidarity and dialogue with people with whom he disagrees since he became president. Despite the fact that the United States has conducted covert operations in Russia, despite the fact that US politicians have made a career demonizing Putin, Putin has never failed to extend his hands to America and to look for ways to collaborate.

If you think this is far-fetched, then pick up a copy of Stephen F. Cohen’s book, War with Russia?: From Putin & Ukraine to Trump & Russiagate. Putin is now extending his hands to China. The United States had the opportunity to work with Russia, but they blew it. 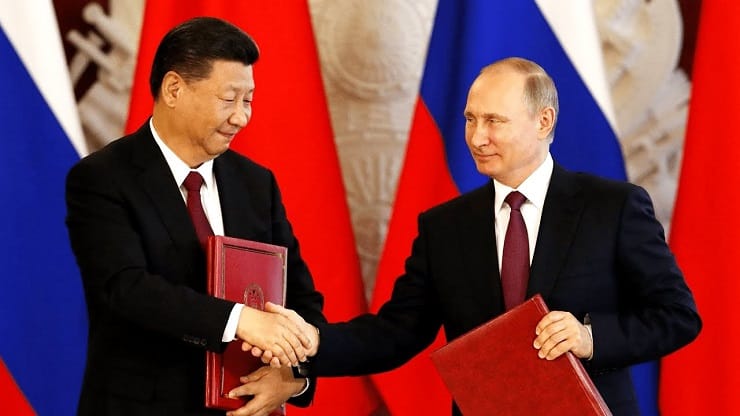 Putin Has a Big Brother in Xi

Russian President Vladimir V. Putin and I have something in common. My big brother, Joe-Ray, died during World War II. Unlike Putin’s big brother, though, mine was done in by meningitis – not by the Germans.

Putin’s brother Viktor died during the 872-day German blockade of Leningrad (now St. Petersburg) from Sept. 1941 to Jan. 1944). It was the most lethal siege in history. The grief in our home after Joe-Ray’s slow, painful death was palpable, but my parents could at least visit him in the hospital; and I know where he is buried.

Putin’s parents were deprived of even those small things: 1-year-old Viktor was taken from them to join other infants/children whose families could not feed them. Yes, a draconian measure, but their best chance to survive the siege.

“My parents told me that children were taken from their families in 1941, and my mother had a child taken from her – with the goal of saving him.” Putin’s remarks came at an annual wreath-laying at the enormous cemetery in St. Petersburg, where 470,000 lie buried in mass graves. Referring to Viktor, Putin added: “They said he had died, but they never said where he was buried.”

In the book “First Person,” Putin wrote that his mother had been so close to starvation that she lost consciousness, and “they laid her out with the corpses” until someone heard her moaning. His father, hospitalized with war wounds, set aside his rations to feed her. Vladimir was born years later, on Oct. 7, 1952, in Leningrad.

This unusual “foreword” is an attempt to provide some sense of how if feels to grow up without a big brother to help protect you – Putin on the streets of Leningrad, I on the streets of the Bronx. The point here is that even as a statesman, Putin has been way out there, alone, without demonstrably strong support – until now. With apologies to the State Farm PR people: “Like a good neighbor, Xi Jinping is there”. (Needless to say, “Big Brother” in this context has nothing to do with George Orwell.)

Solidarity between Putin and Xi was what both wanted to underscore at their meeting on Dec. 15. It was hard to miss, but there are still some troglodytes around who see China and Russia more as enemies than friends.