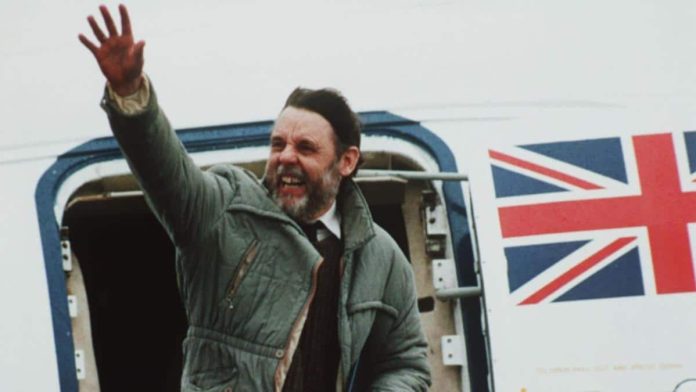 ibya and even succeeded in releasing American hostages from Lebanon in 1986.

A total of 10 captives were released through Waite’s efforts before Shiite Muslims seized him during a return mission to Beirut on January 20, 1987. He was held captive for more than four years before he was finally released.

During captivity, Waite said he was frequently blindfolded, beaten and subjected to mock executions. He spent much of the time chained to a radiator, suffered from asthma and was transported in a giant refrigerator as his captors moved him about.