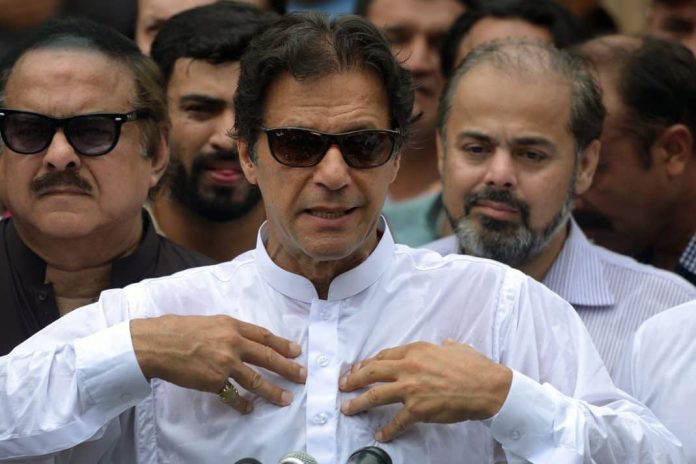 After withholding the decision on the Toshakhana case in reserve for a month, the most popular leader Imran Khan (IK) was disqualified by the five-member ECP (Election Commission Pakistan) Bench at 2 pm on 21 Oct, for not sharing details of Toshakhana gifts and proceeds from their sale. He was charged with making a false statement and committing the offense of corrupt practices punishable under Section 174 of the Election Act. His National assembly (NA) seat was declared vacant and the matter was referred to the trial court for awarding punishment as deemed fit.

From the time of the disqualification of Imran Khan’s verdict by the ECP Bench, the emotions are high and the tongues are wagging. One side is rejoicing, and the other side is mourning and bursting with anger. Both sides are exchanging barbs.

This sort of atmosphere was seen in July 2017, when the SC Bench had disqualified NS for life and he was deprived of his seats of PM and party chairmanship. In great anguish, NS had raised the slogan of ‘Mujhey Kyun Nikala’. History has repeated itself and the wheel of fortune has completed its full circle since 2018 elections in July 2018. This time the axe fell on IK.

The PTI and followers of IK are in an ugly mood and would have continued with their protests in all the major cities, had IK not restrained them. He stated in a radio message that he will fight the battle in the courts to nullify the unjust and illegal verdict of the EC. Another reason for the restraining call could be the poor turnout of the protesters who were easily dispersed by the police

The leaders of the opposite camps are giving vitriolic statements against each other. Shehbaz Gill said that the Chief Election Commissioner (CEC) is the personal servant of NS. Pervez Elahi termed the verdict a cruel joke. Fawad Ch ridiculed the CEC.

The PDM leaders are saying that the so-called Mr. Clean and the idol of honesty calling all his political rivals thieves and dacoits has finally been exposed and nabbed as the biggest thief and he is no longer Sadiq and Ameen.