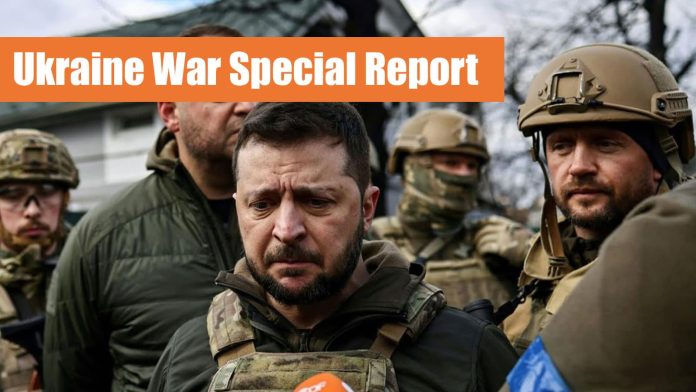 Today Vladimir Putin is being blamed by the western world for wrecking world peace and pushing the war in Ukraine towards a nuclear clash and possibly the 3rd World War. This is one part of the story and not the whole truth. If one takes a holistic view, the US was the villain of the peace.

After the end of the Cold War in 1991 when USSR had shrunk to Russian Federation and the US had become the sole superpower, the Reagan administration had given a commitment to Gorbachev that if Russia allowed smooth reunification of Germany, NATO wouldn’t expand into Eastern Europe.

Contrary to the agreement, the US and NATO controlled by the US unfolded its New World Order to monopolize the world and control its resources for the next 100 years. Governed by this objective the US focused on the Middle East, while NATO was told to keep expanding eastward with a view to encircle and contain Russia and dominate the eastern brim of Eurasia. In 1999, Poland, the Czech Republic and Hungary were taken in the loop. It didn’t halt its eastward drive in spite of loud protests made by Boris Yeltsin and his successor Putin. The CIA kept installing pro-US regimes in East Europe countries and in the Baltic States through color revolutions.

Matters didn’t end there; large numbers of breakaway Soviet Republics were made members of NATO and the latter’s strength was increased from 12 to 28. In some countries like Poland, the Czech Republic, and Romania, components of the Ballistic Missile Defence System were deployed.