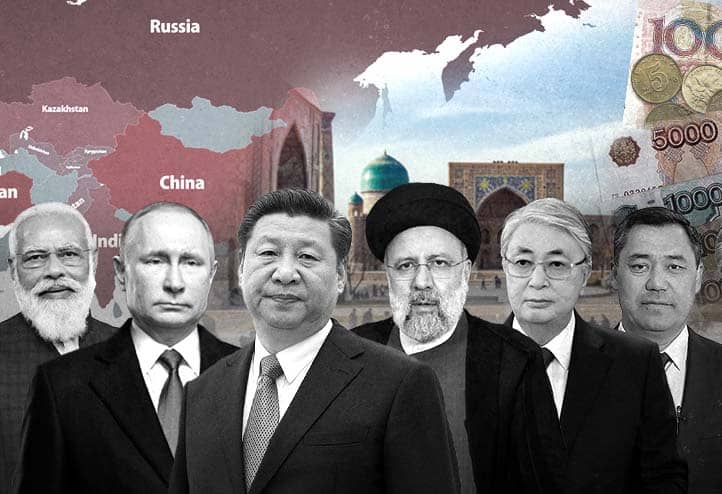 Amidst serious tremors in the world of geopolitics, it is so fitting that this year’s Shanghai Cooperation Organization (SCO) heads of state summit should have taken place in Samarkand – the ultimate Silk Road crossroads for 2,500 years.

When in 329 BC Alexander the Great reached the then Sogdian city of Marakanda, part of the Achaemenid empire, he was stunned: “Everything I have heard about Samarkand it’s true, except it is even more beautiful than I had imagined.”

Fast forward to an Op-Ed by Uzbekistan’s President Shavkat Mirziyoyev published ahead of the SCO summit, where he stresses how Samarkand now “can become a platform that is able to unite and reconcile states with various foreign policy priorities.”

After all, historically, the world from the point of view of the Silk Road landmark has always been “perceived as one and indivisible, not divided. This is the essence of a unique phenomenon – the ‘Samarkand spirit’.”

And here Mirziyoyev ties the “Samarkand Spirit” to the original SCO “Shanghai Spirit” established in early 2001, a few months before the events of September 11, when the world was forced into strife and endless war, almost overnight.

All these years, the culture of the SCO has been evolving in a distinctive Chinese way. Initially, the Shanghai Five was focused on fighting terrorism – months before the US war of terror (italics mine) metastasized from Afghanistan to Iraq and beyond.