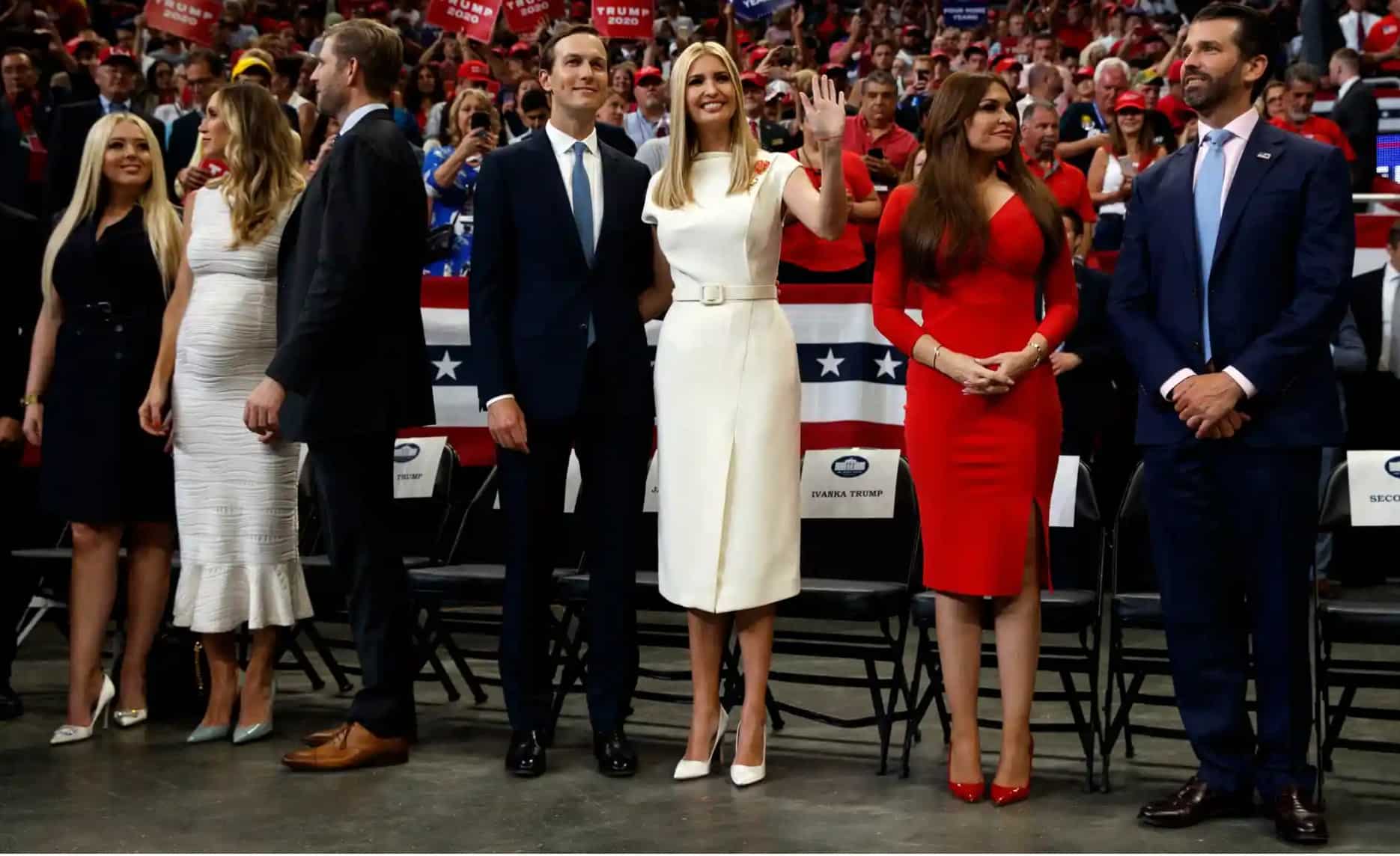 New Republic: Today we say goodbye and good riddance to Donald J. Trump, the worst, laziest, and most tangerine-hued of our 45 presidents. He left a path of destruction in his wake that included 400,000 dead Americans, a decimated economy, shattered norms, broken laws, and endless grifting.

Worst of all, Kimmie Guilfoyle dancing while the Capitol is being stormed by Oath Keepers and Proud Boys

when you’re about to foment some insurrection pic.twitter.com/JB5f5SkFYA

And if his venality, corruption, and incompetence weren’t enough, he punctuated his tenure in the highest (and before now, most respected) office by inciting an attempt to overthrow the same institutions that empowered him—the act of a malignant and sociopathic narcissist who is also, to use a diagnosis not technically listed in the DSM, a giant baby.

But we also must bid farewell to the Trump children: the ambulatory evidence that narcissism, incompetence, and corruption are genetically inherited traits.