By Michael Dargaville for VT

The aliens and ETs who are surrounding this planet in spaceships called the Galactic Federation have declared they will give full military protection to smaller countries who join this extraordinary organization working for good.

This was recently announced by a major Galactic Federation alien in what is the most important new change and development for this planet.

The world lives under a huge lie that the “established” fascist media is denying by omission – that this planet is being surrounded by spaceships of galactic human aliens from other star nations within our galaxy.

These aliens want a world government based on peace, love, and socialism and have now pledged their support behind any small or possibly medium-sized government and country who supports them

It had recently been hoped the Indian Government would make a full alien announcement, maybe even around the 2012 magical time mark that has now well passed, but this has been canceled by that government.

These amazing beautiful aliens who have saved this planet from certain destruction are now urging all the small governments of the world to join the Galactic Federation and bring heaven on earth that they want. 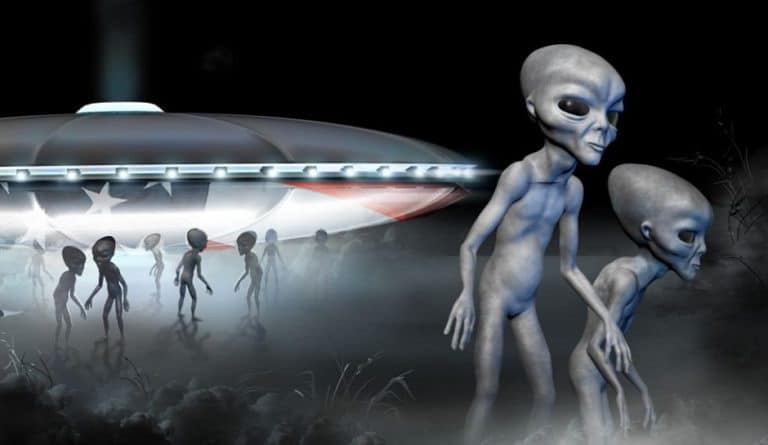 For example, if China joined the Galactic Federation because India, the United States, all NATO countries and the newly forming “Arab NATO” countries jointly tried to attack China, China could join the Galactic Federation and get fully protected and save a lot of money. But it really critically puts huge pressure on the USA who has relentlessly attacked smaller weaker nations around the world for the past 50 years and have killed directly or indirectly more than 110 million people worldwide.

Currently, the USA has military bases everywhere on this planet causing massive world disharmony. This new situation radically changes this. Nevertheless, there are “white hat” forces within the United States Deep State military-industrial complex who are demanding that this stop so that is a good sign. And I urge all “western white hat” operatives in the western military-industrial complex to keep up your great work to keep peace alive and to show true friendship with China and other nations.

This new radical change of military protection would bring new world peace and truthfulness unseen in the history of the planet as all the larger governments are currently not telling the alien and ET truth, mainly out of fear and gross corruption. It would also mean that when the new world government is finally formed and the world capital set up in Sichuan, China, these Galactic Federation will protect all smaller countries. This means that the new world government will be nothing like the United Nations, which is a total failure. Under a new world government each country fully 100% retains its sacrosanct independence and SOVEREIGNTY.

The Galactic Federation is made up of 60% human aliens and are now in space ships surrounding this planet demanding a world socialist spiritual government based on peace and love. In the worldwide New Age movement involving tens of millions of people from many different spiritual groups – Buddhist, Hindu, and other New Age sects and religions – follow the Galactic Federation.

China’s Sichuan has been suggested as the location for the world’s first world government capital because it is centrally located for the two major governments of the world – China and India – to co-operate yet at the same time gives a central focus for all other governments, big or small. China and India are now in full military control of this planet because the Galactic Federation aliens can stop any nuclear weapons from the USA or Russia. However, aliens have now stressed that in fact the smaller countries of the world cannot be invaded by any country if they start to support the Galactic Federation.

The alien agenda is a very real agenda virtually totally excluded by the “official” fascist western media but always implied. An example of this was the recent exposure by many former USA air force officers that alien spaceships have been closing American nuclear missile sites for the past 30 years. Recently Galactic Federation alien spaceships have closed many airports in China and are claiming there will be many more closures until the Chinese Government makes an ET announcement.

I am also a human-alien starseed coming from a distant galactic human planet on the far side of the galaxy where we live up to 9000 years and the majority are oriental looking galactic humans yet have experienced a minor incarnation here virtually mainly in the orient to groom me for my current mission of being a Galactic Federation messenger on this planet. In the worldwide New Age movement, millions believe in the entire alien agenda with countless writers around the world such as David Icke, Sheldon Nidle, Babara Maciniak, Jelaila, David Wilcock, Cory Goode, Dr Michael Salla to many, many others, having outlined what is happening.