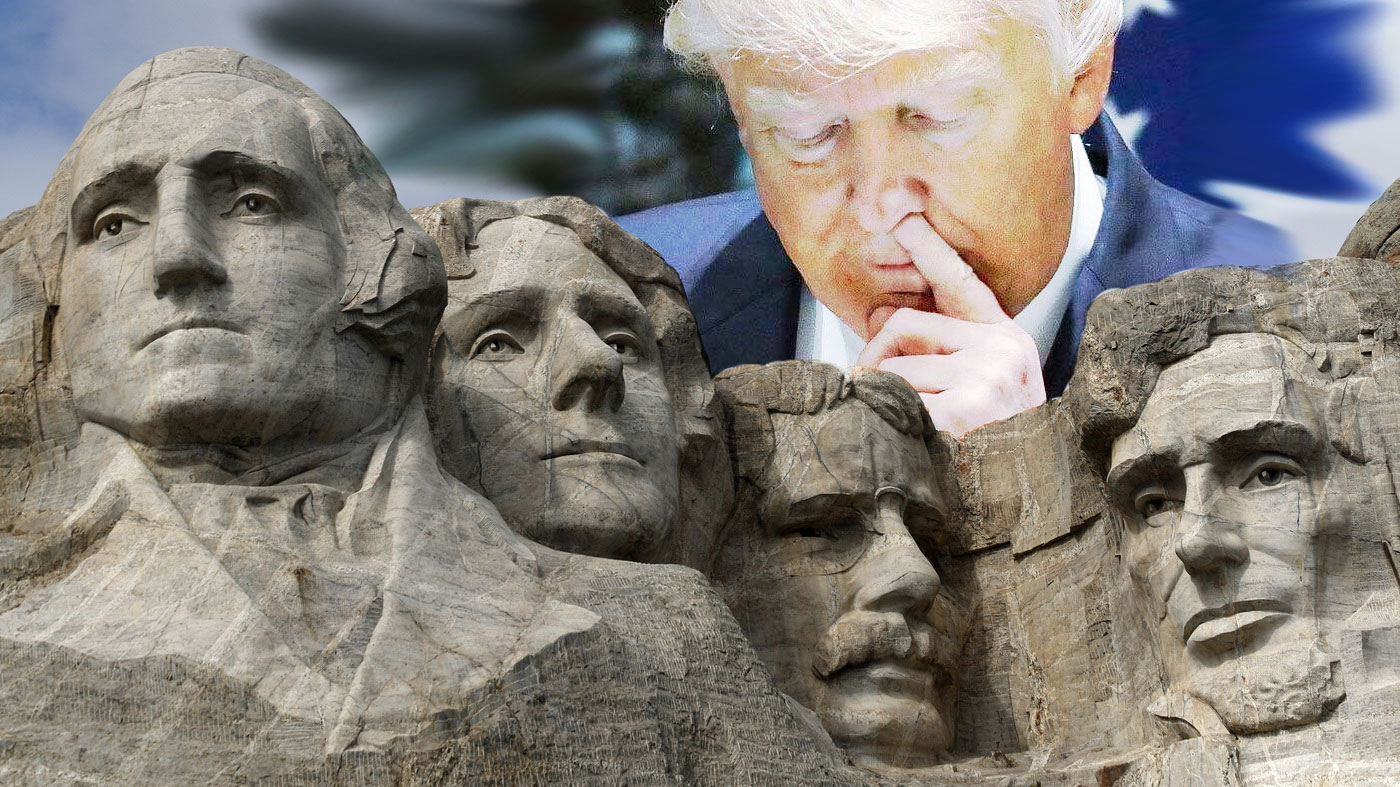 Donald Trump has repeatedly said he deserves to be on Mount Rushmore with the greatest of our U.S. Presidents including the father of the United States of America, George Washington. Well does he?

First, great leaders empower others around to be their very best. They are humble about their success. Poor leaders think it’s all about themselves and others have very little to do with their success; a very immature unevolved myopic view of reality.

Over the last 3.5 years, we’ve had to endure the extreme narcissism and self-aggrandizement of a man who is constantly making it about himself and blaming others for everything that goes wrong. Worse, he engages in the ugliest of insults and demonization. Add in his cavalier penchant for lying and It’s been an exhausting exercise indeed.

Now, the Trump Cult members love this man. Zero critic! He can do no wrong in their jaundiced eyes. They believe he is the embodiment of leadership. Many even put him above Jesus Christ of Nazareth. But he is not. He is so far from leadership that it would take 100 million light-years for Trump to reach even the same galaxy as men like George Washington.

As for Jesus Christ, I am fairly sure Jesus would give Trump the other cheek when violated by his stay in power at all costs Machiavellian ways. Trump, for his part, would summarily slap the other cheek because that’s the kind of man Trump is; a sociopath with no conscience!  He can take a dump on anyone… no one is allowed to show up the Trump!  He is a very sick weak man!

In fact, Donald Trump may be a man with lots of money who has been able to game the system playing the finance game but he’s no leader of men. In fact, he never has been. He is just a man with lots of useless money. It’s nothing great men aspire to…

What is weird is that most people think Trump ran a huge organization when, in fact, The Trump Organization was a very small firm with very few people. His game was always manipulating finance, making deals and licensing his brand name. There was never any serious leadership of men necessary in such a small firm.

In fact, unlike General George Washington, our first U.S. President who served his country with amazing distinction putting his life on the line over and over again for liberty, justice, and our republic, Trump, when called to serve his country in the 1960s, ran like the coward he is five separate times. Yes Five!

Trump received phony deferments to serve in the Vietnam War claiming he had bone spurs. Of course, that was another Trump ruse and should have served as a big red flag for American voters. But somehow it was not. It was if they had no clue what a real leader of men looked or acted like.