Home Life Success So You Want to Be a Millionaire 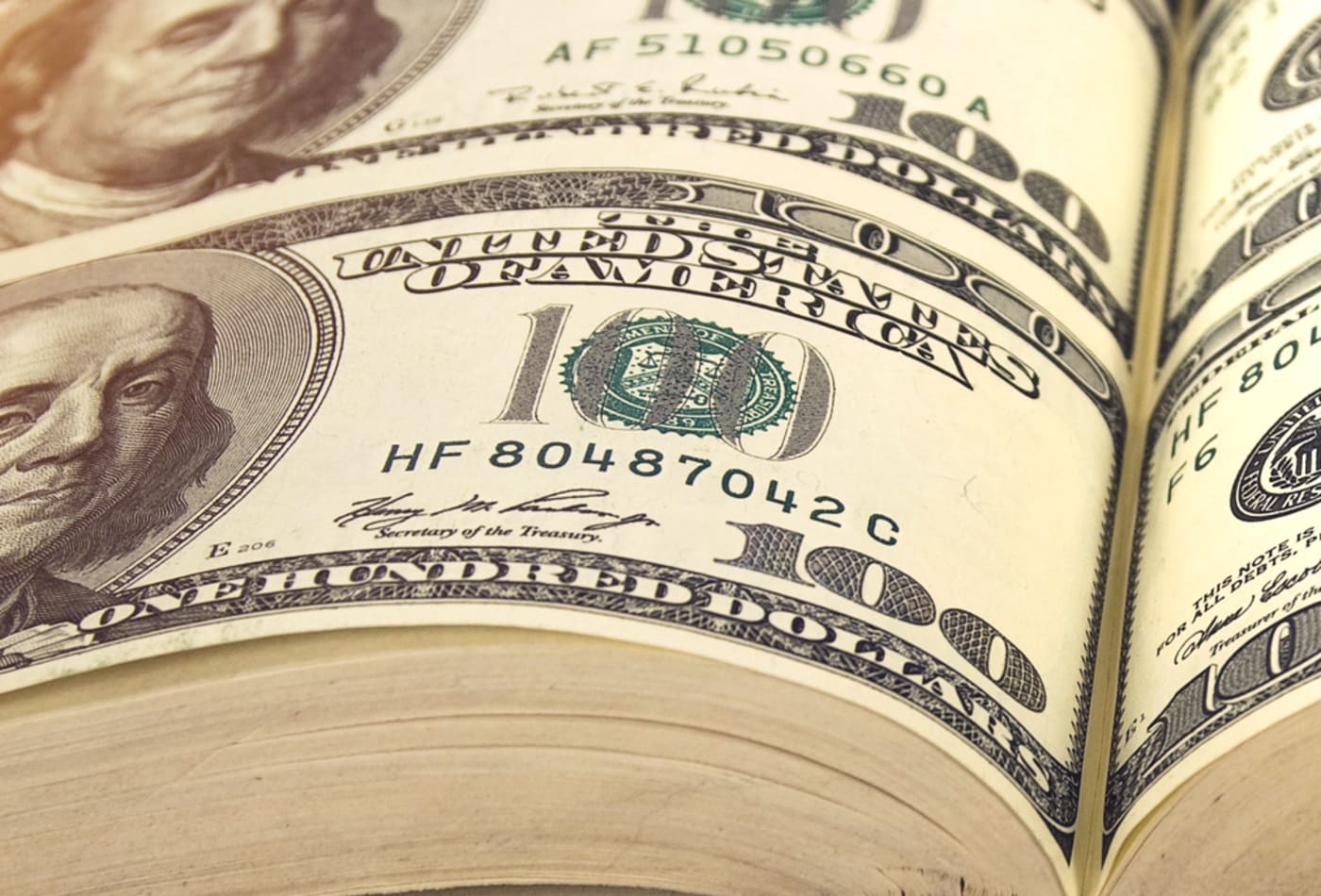 So you want to be a millionaire. Me, too — in fact, I’m already there, and so are a lot of folks who shun lightning-strike fantasies about wealth. You can do what we did.

The day we became millionaire was a lot like any other day. We went off to work, grumbling about the commute. I was fretting about our utility bill and decided to check our personal finance software to see how much more we were paying than the previous year.

While I fiddled with the numbers, I told the software to update our account balances. Lo and behold, the net worth column showed seven figures where before there had been six. There was no popping of champagne corks, no trips to the Continent, no quitting of jobs.

The fact that the experience was so mundane speaks volumes, both about how millionaires are really created and what it means to be one.

We didn’t, for example:

If you want to be a millionaire someday, I hope that our experience — and those of millions of others who have achieved this goal — might provide some insights and inspiration for getting there.

First, though, let’s deal with the obvious: a million ain’t what it used to be. But that’s nothing new. Except for brief periods of deflation, such as during the Great Depression, the generally rising level of prices has always chewed away at the value of a buck. That means you need $1.85 million today to match the buying power of $1 million in 1986, or $7.44 million for the equivalent of a million in 1956.

Still, reaching the million-dollar mark put us in the top 10% of all U.S. households. (The minimum net worth to join that 90th percentile, according to the Federal Reserve’s latest Survey of Consumer Finances was $831,600 in 2004.) In global terms, we’re near the very pinnacle of wealth when you consider that billions of people live on just a few dollars a day.

Of course, we live here in the good old U.S.A., where a million-dollar net worth maybe “enough,” or not. As I wrote in “The myth of the $1 million retirements,” some people need a lot less to say goodbye forever to work. Others, with more expensive lifestyles and expectations of living a long time, may need a lot more. Hubby and I have a bunch of long-lived ancestors as well as some costly goals ahead, so we’re not going to retire just yet.

I’m confident, though, that the habits and strategies that got us to the million-dollar point will get us the rest of the way, regardless of what happens in the short run to the economy, the markets, and real estate.

So here they are:

You’ve got to want it — and plan for it

There are few accidental millionaires in the world. People who achieve financial independence, however they define it, make getting there a priority in their lives, according to Thomas J. Stanley and William D. Danko, authors of the groundbreaking book, “The Millionaire Next Door.”

That doesn’t mean you have to live for money, but you need a clearly defined goal and a plan to achieve it. If your goal is retirement, for instance, you might try MSN’s calculator to see what you need to do to get there.

If you haven’t got a plan, it’s way too easy to lose your way: spending money on stuff that isn’t important, taking on debt that’s toxic rather than helpful, giving in to despair when markets turn against you. Having a long-term goal, and a long-term view, are essential to keeping your balance.

I started planning for retirement in my mid-20s by signing up for my company’s 401(k) plan. Every year or so since then, the plan gets reviewed and adapted to suit changing circumstances: marriage, new jobs, new house, new baby.

Knowing where we’re headed has made it much easier to make dinner at home when we’d rather eat out, or to opt for a camping weekend with friends rather than a trip to Hawaii.

We still go out and have nice vacations, just not as often as we might if we weren’t also focused on our futures.

Live within your means

I bless my Depression-era mother, who grew up poor, knew how to pinch a penny and put a high priority on savings. She understood the importance of “paying yourself first,” so from my first job I’ve been in the habit of saving at least 10%, and often 20%, of my gross pay.

She taught me to use credit cards as a convenience, not an excuse to buy stuff I couldn’t afford. She viewed people who carried credit card balances with the same suspicion and displeasure with which she regarded people who didn’t keep a tidy house.

Even if you weren’t raised by a parent like that, you can still incorporate those two lessons and be miles ahead financially in a few years. The thousands of dollars you’ll save on credit-card interest can be redirected toward your investments and speed you to your goal.

We’re also big believers in automating financial decisions wherever possible. Money is transferred like clockwork from paychecks to retirement accounts, and from our checking account to our savings plans. If we can’t see it, we tend not to spend it, so we don’t have to constantly make decisions about where our money should go.

“Unless you plan to pay yourself first is on automatic, you will fail,” declared David Bach, author of best-selling finance books, including “The Automatic Millionaire ” and “The Automatic Millionaire Homeowner.” “Discipline and budgeting is too hard and too time-consuming. … Trust me, if you want to be rich, or simply not poor, save automatically through systematic savings programs.”

I’ve talked to a bunch of folks who, in the late 1990s, insisted they were risk-tolerant investors with a long-term view but who nonetheless bailed out of their stock holdings during the 2000-2001 bear market. Some of them started to dip their toes in the markets again as stocks strengthened, but I’ve no doubt they’ll be scared off again by the first big downturn.

Weaving in and out of the market like that is a great way to buy high and sell low — the exact opposite of what successful investors do. These flighty folks would have been much better off just staying the course with a balanced portfolio of stocks and bonds — which is what we did and do.

Again, automated investing plans really help. We invest regardless of whether the market is up, down or sideways. We know that, in the long run, a well-diversified portfolio of stocks beats out every other investment, even if there are some bumpy times along the way. Others are convinced as well: in the 10% of households with the highest incomes in 2004, the Fed says, stocks — and mutual funds that invest in stocks — comprised 53.6% of all financial assets.

Another key: Don’t cash out your 401(k) when you leave a job. About half of all workers do, and that’s nuts. It’s not just the taxes and penalties that eat up a quarter to a half of your withdrawal. More importantly, every $1,000 cash-out costs you $10,000 or more in future retirement income. So roll the money over into an IRA or your next employer’s plan.

Be smart about debt. Net worth equals what you own minus what you owe. So in addition to building up your assets, reducing your debt over time helps build your net worth.

That doesn’t mean you should avoid debt entirely. Few of us could swing a home purchase without a mortgage, and many people need student loans to finance their educations or business loans to expand their companies.

It also doesn’t mean you should race to be debt-free at all costs. Most people, for instance, will be much better off if they use the extra cash to beef up their retirement savings rather than paying down low-rate, deductible mortgage debt.

But it does mean you should avoid high-rate debt and be cautious about your total debt load. Keeping your housing expenses to 25% of your gross pay, for example, will help ensure you’ve got enough left over to fund your other goals and have some fun once in a while.

We chose an old-fashioned, 30-year, fixed-rate mortgage because the low payments allowed us to invest more for retirement while still allowing us to gradually pay off our debt. I’m not saying it’s the best mortgage for everybody, but it’s working for us.

Own a house — and don’t waste it. There’s no question that owning a home in Southern California got us to the million-dollar mark a few years earlier than I’d projected.

But I’ve lived through a couple of real-estate recessions and know that home prices can drop as well as climb. That’s why I’ve valued our home conservatively for our net worth statements, and why we’ve avoided tapping our equity for frivolous spending.

Despite the ups and downs, owning a home has long been the cornerstone of wealth for most people. Consider:

Homeownership isn’t a no-brainer. You can always mess up by buying more home than you can afford, draining your wealth away with home-equity loans or trying to speculate in an unstable market. But for most people in most circumstances, owning a home is a smart long-term strategy. However, if you are thinking to yourself “I need to sell my house fast.” There are many ways to do this to get a quick cash boost and pay off debts.

Invest in yourself. Other couples talk about the kids, or the boss, or the neighbors. We do, too, but you’ll also catch my husband and I talking about “developing new revenue streams.”

We’ve discovered (duh) that it’s easier to meet your goals, and have money for fun if your income is rising. So we’ve invested in education, launched our own businesses and looked for new ways to generate cash. In today’s ever-changing economy, you have to be ready to learn new skills and take new directions.

My husband, an artist, has retooled several times as technology transformed his fields of commercial illustration and animation. I went to night school to complete the Certified Financial Planner training program and watched my pay double, and then double again, in just a few years.

SOURCEMSN Money
DISCLOSURE: All content herein is owned by author exclusively.  Expressed opinions are NOT necessarily the views of Veterans Today Network (VTN), authors, affiliates, advertisers, sponsors, partners or technicians. Some content may be satirical in nature. All images within are full responsibility of author and NOT VTN.